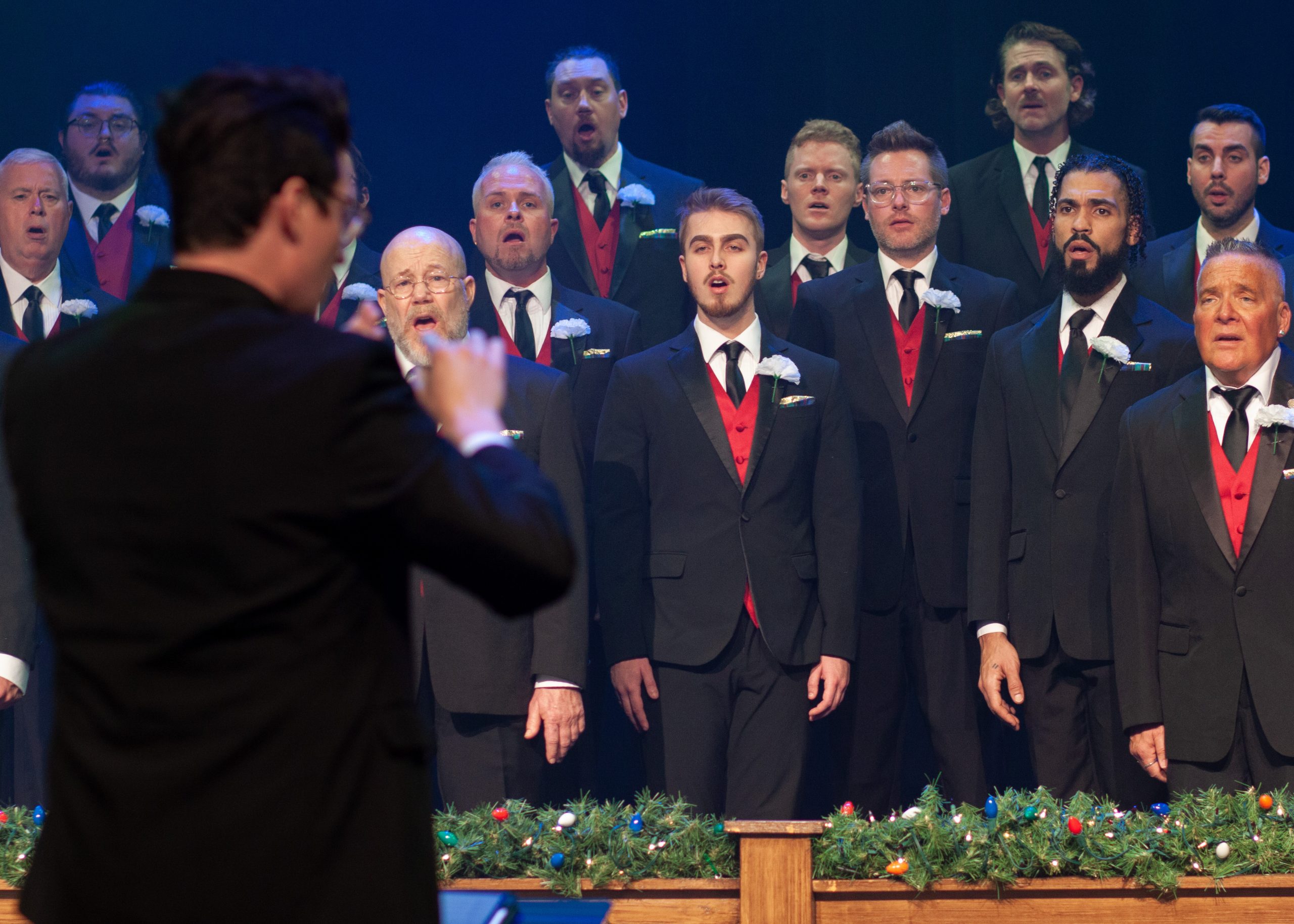 Proving once again why they are among the most popular, if not the darlings, of central Indiana’s performing arts community, the Indianapolis Men’s Chorus, led by IMC Artistic Director Greg Sanders, dazzled a sold-out audience at a Saturday matinee performance of “Merry Christmas with Love” at Marian University Theatre. 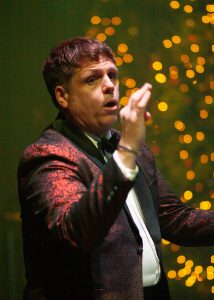 The IMC Christmas concert followed a banner year – its 33rd season – for the inclusive choir that performed with Josh Groban for his “Harmony” tour at Ruoff Music Center in June, in their top-selling IndyFringe show “Miss Cast,” and in October with the Indianapolis Symphony Orchestra, led by Pops conductor Jack Everly in “Leading Men of Broadway.” Finally, on December 7, in probably their most high-profile gig thus far, some members performed as the backup chorus for international superstar Andrea Bocelli in his sold-out concert at Gainbridge Fieldhouse.

And what accounts for the awe-inspiring success of this sterling ambassador for the LGTBQA+ community? It’s the artistic leadership of Sanders, vocal director for ISO Pops productions, including “Yuletide,” and Assistant Artistic Director and IU Jacobs School Music graduate, Jared McElroy, who also sings with his chorus peers. Setting the bar high, the excellence of their artistry, discipline, and work ethic is clear in the professional quality of the IMC’s product. Also deserving of praise is Ethan Butt, assistant to the general manager of WTHR-Channel 13, who is the executive producer of IMC.  Enhancing the entertainment factor for IMC performances is choreographer Jared P. Norman.  Also participating was longtime contributor to the IMC, ASL interpreter Chuck Daube.

Also demonstrating a knack for creative programming, Sanders constructed an innovative set list for the concert which saw mostly upbeat and snappy holiday songs in a fast-paced Act 1. Act 2, which was more somber, consisted of classic Christmas carols. Situated offstage, sight unseen, was a fine five-piece band consisting of Matt Richardson on piano, Jake Corn on guitar, Conner Green on bass, Andrew Howard on drums, and Sanders on keyboards. 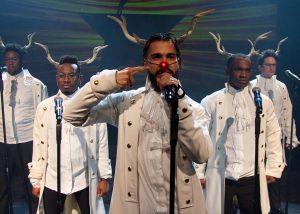 Dressed in white dinner jackets with red vests, with soloists wearing a more glitzy look, the 52 singers were animated and uber energetic in Act 1, singing favorites of mine that included  “Little Saint Nick,” featuring Andrew Budd, Matt Burley, Drew Kempin, and Danny Stevenson; “Parade of the Wooden Soldiers,” danced by IMC Swing; “I’ll Be Home for Christmas” performed  by the IMC; and “Hamildolph”, a brilliant show stopping parody of the “Hamilton” score sung by Nayte Burton, Jerico Hughes, Johnnie Hughes, Drew Kempin, and Jared McElroy.  An incomparable talent, Jared Yoder who has the vocal chops and carriage of a headliner, closed the concert’s first half with “Merry Christmas with Love,” made popular by Sandi Patty.

Act 2 highlights that saw the singers dressed in black tuxedo jackets with ties, included “From a Distance;” “Angels from the Realms of Glory;” and “O Little Town of Bethlehem/Beautiful City,” featuring Scott Archer, Jake Gadomski, Garrett Godsey, Johnnie Hughes, Brent Meadows, J.J. Peil, Robbie Willingham, and the IMC. The concert ended on a poignant note with the entire chorus singing a moving medley of “Silent Night” and “O Holy Night.”

I must admit I am biased when it comes to the IMC. Having sung with the chorus for six seasons early in its history, among the most rewarding and meaningful years of my entire life, I have a deep appreciation for its mission and for choral music in general. Consequently, there is no one prouder than I am, as a gay man, of the IMC’s upward trajectory as a major contributor to the local performing arts community. Upon surveying the sold-out crowd at the concert, I also could not help but notice the makeup of the audience. Thirty years ago, our concert attendees were primarily LGTBQA+, but the crowd at Saturday’s show was much more diverse in its representation of age, race, gender and sexual orientation, and mirrored the demographics of the wider community. It was tangible evidence that the IMC continues to be a a positive source of pride, tolerance, and acceptance, and a force for change.

For tickets and information regarding the remainder of the Indianapolis Men’s Chorus 2022-2023 season visit indianapolismenschorus.org.