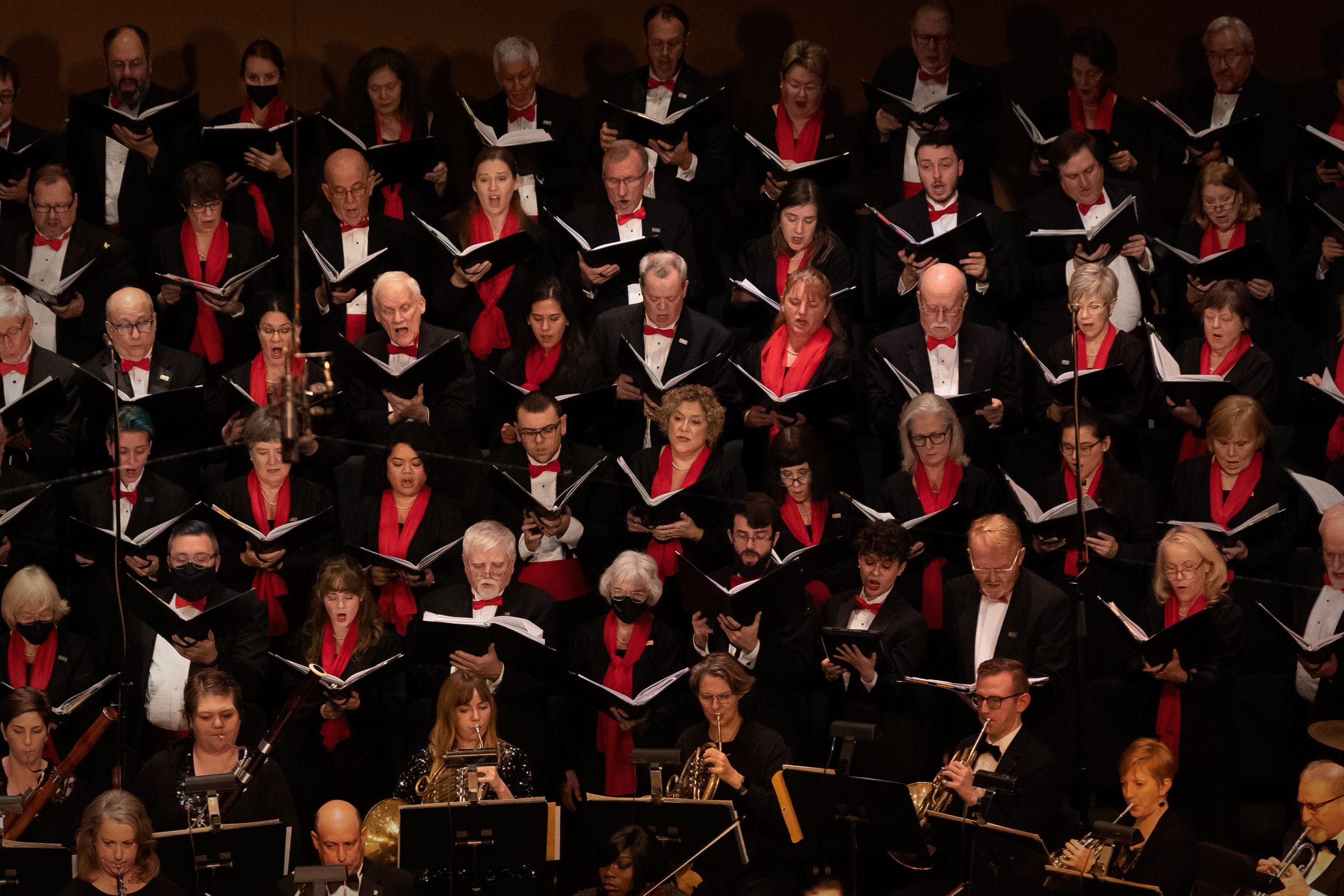 I have had a deep love for choral music ever since my elementary school days when I sang Gregorian chant at St. Andrew’s Catholic School in my hometown of Fort Wayne, Indiana. I especially loved singing in the choir, wearing a red cassock and white surplice, on Christmas Eve. That is why I have a special fondness for not only choral music but the annual “Festival of Carols,” presented by the virtuoso Indianapolis Symphonic Choir, led by Dr. Eric Stark and joined by the illustrious Indianapolis Chamber Orchestra. I was present at the concert on Wednesday, Dec. 14 at Clowes Memorial Hall at Butler Arts Center. 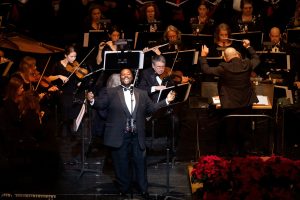 I have noted previously, but it bears repeating, that the ISC, a partner of the Indianapolis Symphony Orchestra represents the gold standard in Indy, if not the entire state, for the first-rate quality of its product. To hear this group of talented, disciplined, and trained singers turn out consistently superb performances is always a highly satisfying, inspiring experience. This year’s “Festival of Carols” was no exception.

This year’s featured guest was luxuriant baritone Michael Preacely, a versatile opera singer, who performs other genres including pop, contemporary, and Broadway. It’s not often that I have described a vocal performance as thrilling, yet Preacely’s was exactly that. He was not only vocally superb but also conveyed a charismatic stage presence and substantial dramatic skills as well. His performance illustrated why he is so much in demand as a guest artist as he lit up the stage each time he appeared, singing a variety of tunes that included “Gesu Bambino,” “Through Heaven’s Eyes,” “Children, Go Where I Send Thee,” “Mary, Did You Know,” and “You’re a Mean One, Mr. Grinch.” 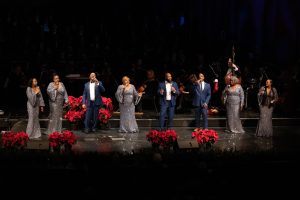 As far as the remainder of the concert, highlights included the striking performance of other guest artists, Rodnie Bryant and the Puritan Praise Team, consisting of a five-piece band and eight gospel singers who sang “Holy,” and a powerful rendition of “I Love the Lord.”  On the podium to lead the ISC in “Children, Go Where I Sent Thee” was conducting fellow Kiki Porter. Each year during this concert the ISC performs a new commission for the concert, so this year’s winner was Andrew Huish whose new arrangement of “O Little Town of Bethlehem” was spotlighted. Finally, featured in another concert tradition was a performance by the stellar Franklin Community High School choir of “O, Come All Ye Faithful,” and “On This Christmas Day,” with accomplished soloist Kate Daudy. The former was conducted by Kelly Cassady Day and the latter led by associate Johnnie Ray Hughes.

If there were a downside to the concert, and it was minor, it would be the placement of the ISC upstage with the ICO playing in front of them which meant that the first row of singers was partially obscured. Those who attended the “Festival of Carols” concert at the Palladium, on Dec. 16-18 did not experience that impediment because the singers were situated in the gallery section high above the stage.

Closing the concert, the ISC combined with the Franklin Community High School choir to perform the traditional “Hallelujah Chorus” from “The Messiah.” The total effect of the amassed voices accompanied by the ICO in such a grand setting was one of pure holiday bliss.

‘Elf The Musical’ Is A Heartwarming Holiday Romp