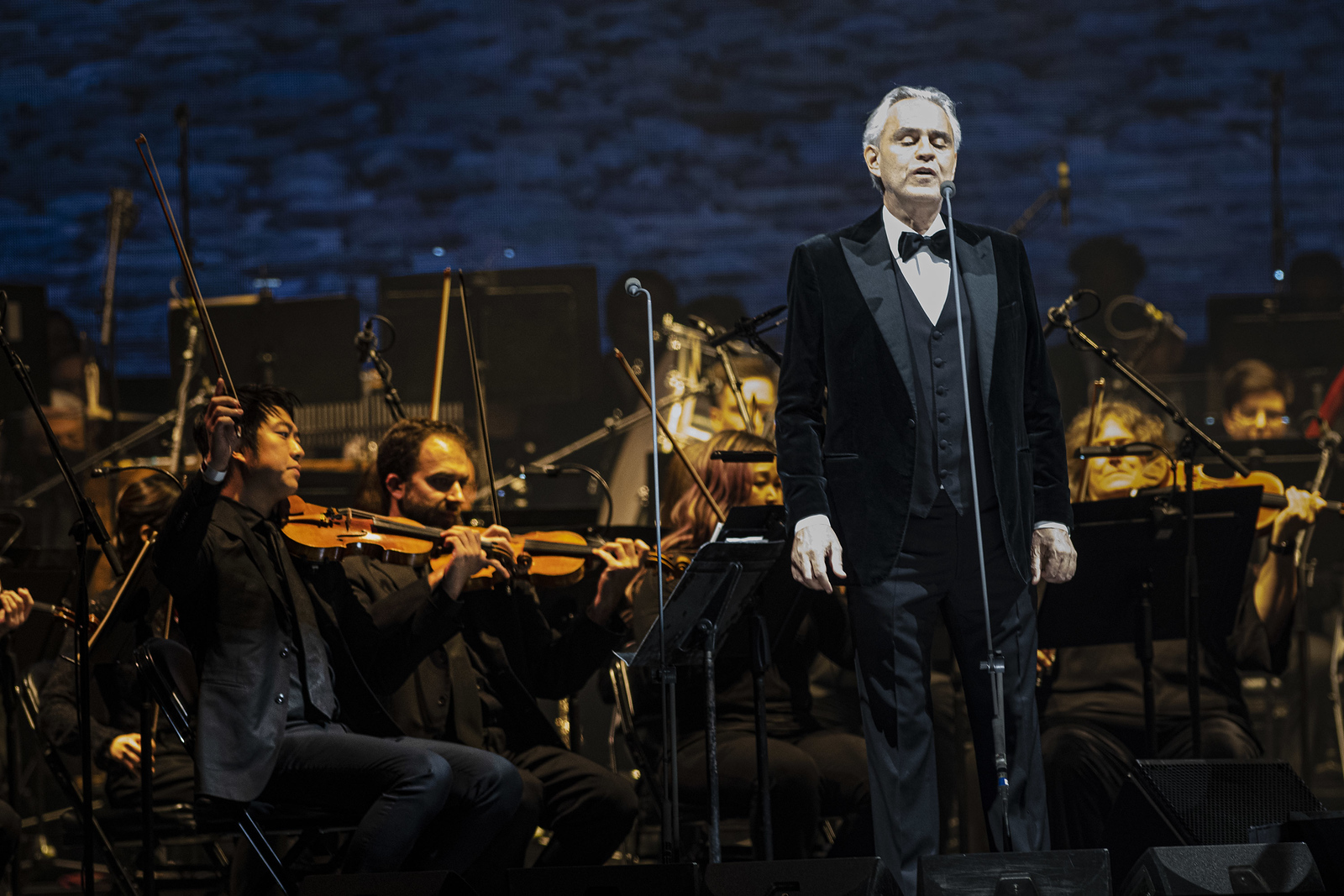 I felt like I had died and gone to heaven the time I saw the late, great tenor Luciano Pavarotti perform at the former Market Square Arena sometime in the late 90s. That same distinctive emotional response returned Wednesday night at Gainbridge Fieldhouse where I had the privilege to witness Italian vocalist and multi-instrumentalist Andrea Bocelli, billed as “The World’s Most Beloved Tenor.” The revered singer’s appearance in Indy was part of a United States tour, titled “A Family Christmas.” Appearing with him was his ten-year-old daughter, Virginia. Originally his son Matteo was scheduled to join them but performed instead at the christening of the MSC Cruises’ “Seascape” in New York City. Bocelli’s special guest artists were Puerto Rican soprano Larisa Martinez and pop singer Pia Toscano. Accompanying Bocelli and guests was the Indianapolis Symphony Orchestra, led by Steven Mercurio and the Indianapolis Men’s Chorus, with added women singers, led by IMC Artistic Director Greg Sanders. Also performing were four contemporary-style dancers who appeared in several numbers. 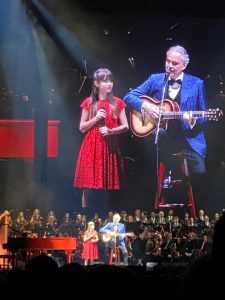 Performing in front of a sold-out crowd of 12,000 worshipful fans, the blind 64-year-old Bocelli, singing in a celestial voice of exquisite tone, indescribable range, with impeccable artistry, he wowed the audience throughout the two-and-a-half-hour concert. Backed by the ISO, the total effect of Bocelli’s concert, enhanced by spectacular lighting – especially in such a massive venue – was simply breathtaking.  Adding to the events impressive production elements was a colossal upstage screen on which the proceedings were projected live, and images of Italian cities and other locations were shown.  Most importantly, the amplified sound in the arena was crystal clear.

The Act II program was the Christmas portion of the concert and featured Bocelli singing solo, in duets with Martinez, and with his daughter, Virginia. Also included were ISO instrumentals. With Martinez singing solo, the orchestra opened the act playing Ukrainian composer Leontovych’s classic “Carol of the Bells.”  Other Christmas favorites performed featured Bocelli in a poignant rendition of “White Christmas,” and “Silent Night” with Martinez. It was inevitable that the overused quote “The apple doesn’t fall far from the tree” came to mind when Bocelli’s gifted progeny, Virginia, took to the stage to perform a solo of “Away in a Manger” with her dad accompanying her on a red grand piano, and later playing guitar with her when she sang Leonard Cohen’s “Hallelujah.” Eliciting enormous applause was Virginia’s sweet solo of “Over the Rainbow” which she beautifully made the classic her own rather than attempt to copy Judy Garland’s style. 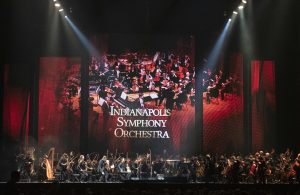 Andrea Bocelli in “A Family Christmas” = Courtesy of Tom Russo. Used with permission.

For me, the most exciting and satisfying portion of the evening were four encore selections, several of which inspired a profound, visceral response – both from myself and the audience, judging from their audible reaction. The encore included Bocelli and Toscano, sounding like a Celine Dion clone, singing “The Prayer” composed by David Foster with lyrics by Carole Bayer Sager and Bocelli bringing the house down when he closed the concert with a dramatic finish, singing Puccini’s “Nessun Dorma” from “Turandot.”

In many ways, seeing Bocelli perform live was the opportunity of a lifetime considering that he is in such demand as an international star, and it isn’t every day that he tours the US, much less visits Indy. I felt great pride in seeing the magnificent Indianapolis Symphony Orchestra reinforce its status as a world=class group of musicians accompanying a super star artist like Bocelli, and I’m sure I was not alone.  Witnessing such a huge crowd, one of the most stylish I have ever seen in these parts, appreciating classical music and opera in a basketball palace, in a city which rests its reputation on amateur and professional sports, is a memory I will long savor.