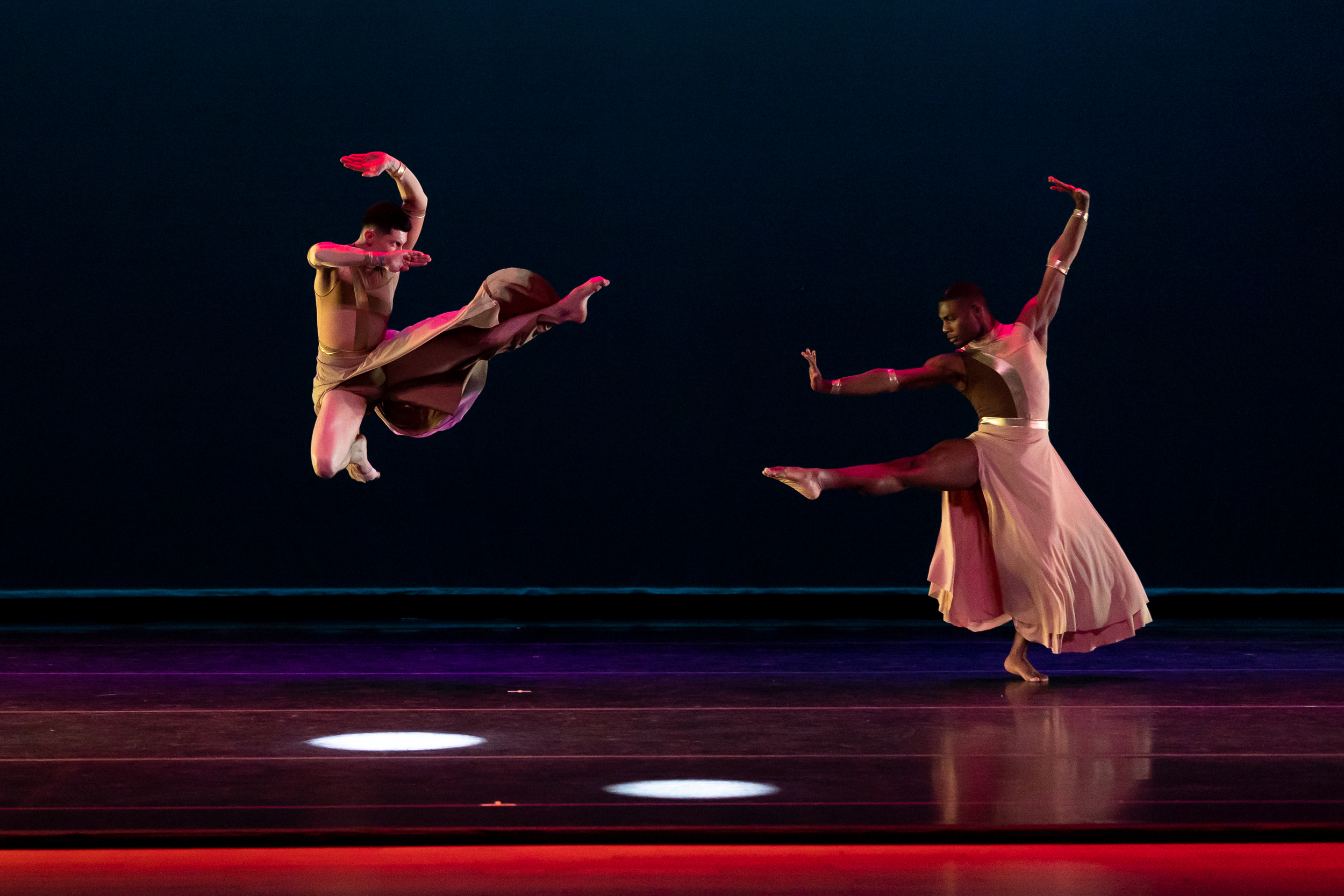 Let me say, unequivocally, that the “Wonders of the World” concert that I attended Saturday was among the most enjoyable Dance Kaleidoscope productions I have witnessed during my coverage of the company’s 50 years of existence. The concert was held at the intimate Howard L. Schrott Center for the Arts at Butler University. 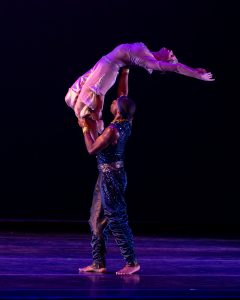 Co-created by DK Artistic Director David Hochoy and his protégé, Associate Artistic Director Stuart Lewis, the eponymous performance highlighted the seven “Wonders of the World.”  The sites celebrated along with accompanying music were: Chichen Itza in Mexico, Aaron Copland; the Taj Mahal in India, Ravi Shankar; Christ the Redeemer in Brazil, Heitor Villa-Lobos; the Great Wall of China, the Silk Row Ensemble; Petra in Jordan, Karl Jensen; Machu Picchu in Peru, Joaquín Rodrigo; and the Colosseum in Rome, Ottorino Respighi.

Each dance piece was introduced by Hochoy and Lewis who read from scripts filled with fascinating facts about the sites, as images of each were projected. 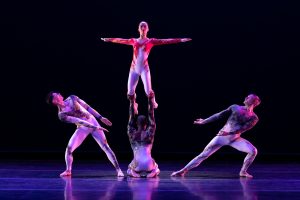 The world premiere of “Nyam,” inspired by the Taj Mahal and choreographed by Hochoy, was another favorite. The romantic piece told the poignant story of Emperor Shah Jahan who built the white marble mausoleum to house the body of his fourth and favorite wife who died while giving birth to their fourteenth child. Featured in the lyrical piece was Emily Dyson and Kieran King who shined in exquisite partnering, dressed in magnificent costumes designed by former DK costumer Barry Doss. Responsible for creating the mystical atmosphere of Hochoy’s newest creation was his longtime collaborator Laura Glover, an incomparable designer who devised the spectacular lighting for every piece in the concert.

Displaying prodigious talent and potential as a major choreographer, like his mentor Hochoy, was Lewis whose world premiere of “Echoes in Eternity,” inspired by the Colosseum in Rome, closed the concert with a resounding, dramatic flourish. Featuring the entire company, the piece was set to Respighi’s epic four movement tone poem “The Pines of Rome.”  Wearing beautifully designed and constructed costumes by Erica Johnston, the seasoned dancers, through Lewis’s virtuoso choreography, effectively captured the often-tragic history and grandeur of the iconic symbol of imperial Rome.

On the occasion of its 50th anniversary, I cannot help but reflect on my own experience covering Dance Kaleidoscope from the time it was headed by founders Cherri Jaffee and Ginger Hall to the present era under the leadership of Hochoy, an artistic descendant of Martha Graham, who is set to retire in June. During its lifetime, I have had the great satisfaction and pleasure of observing the tremendous artistic and physical growth of the company, which has cemented its illustrious reputation as Indiana’s premier contemporary dance company. Thanks to the far-reaching vision of DK’s founders and their foundation which Hochoy has built upon, Dance Kaleidoscope continues to be a source of inspiration, education, and entertainment for all those who have partaken of their singular artistic expression.

For tickets and information about the remainder of the 2023 Dance Kaleidoscope season visit dancekal.org.

ATL Drama Is A Compelling Look At The Culture War