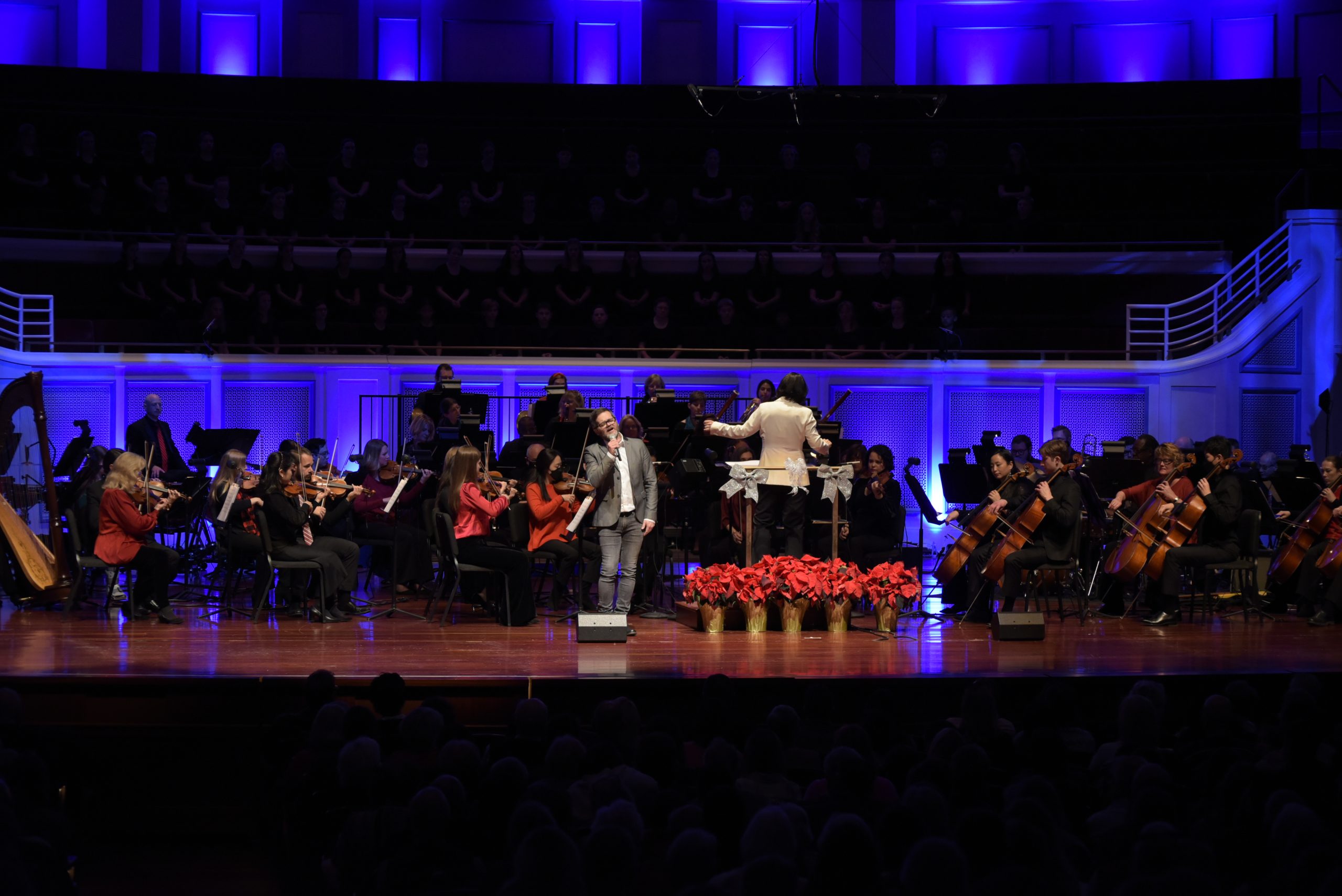 The most recent stop on my multiple Christmas concert tour was the Sunday matinee of “Holiday Pops” at the Palladium at the Center for the Performing Arts in Carmel where I witnessed another entertaining program presented by the Carmel Symphony Orchestra.  Led by effervescent conductor Janna Hymes, the CSO’s special guest artists were Josh Kaufman and Leah Crane. Also on the bill were singers of the Indianapolis Children’s Choir, led by Artistic Director Joshua Pedde and tap dancers from Expressenz Dance Center. 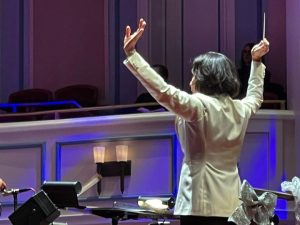 Playing in front of a nearly full audience, the CSO, which continues to steadily improve musically, performed a program of Christmas carols and holiday standards. Serving as the emcee for the concert was Jeff Worrell, a Carmel City-County Council member.

A highlight of the seasonal concert included “Carol of the Bells” which Hymes introduced as having been composed by a Ukrainian composer (Mykola Leontovych) over a hundred years ago. Considering the fact that Ukraine’s current deadly struggle with Russia still rages the song was even more poignant than usual.

Striking both physically and vocally was soprano Crane, who dazzled in her pure-toned voice when she sang solo in “The Christmas Song,” and “Oh, Holy Night.”  Having worked previously with Crane when she performed in “Cabaret Latino,” presented by Magic Thread Cabaret, of which I serve as managing director, at the 2021 IndyFringe Theatre Festival, it was gratifying to witness her excel in a symphony concert format.

Carmel resident Kaufman, the 2014 winner of NBC’s reality show “The Voice,” showed off his rhythm and blues credentials and the vocal chops that made him a star when he sang “This Christmas,” “Away in a Manger,” and “I’m Giving You Everything.” 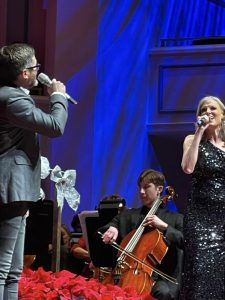 In their duets, Kaufman and Crane showed chemistry as they beautifully harmonized in “Someday at Christmas.” Together they also sang, “Baby It’s Cold Outside, which in the wake of the “Me Too” movement is now considered by some to be overly suggestive, but hearing their interpretation, it came off as simply innocuous.

And when it comes to innocence, who can resist singing children? Under Pedde’s astute directing, the ICC turned in its usual first-rate performance. And who doesn’t love tap dancing? Especially as executed by the dancers of Expressenz, whose energy was infectious.

As far as imperfections in the concert, unfortunately there were a few. One was emcee Worrell’s delivery of banal commentary that came across as stilted and disingenuous. Hymes would have been much more effective in that role. Another was the lack of banter between Hymes, Kaufmann and Crane and an opportunity to reveal their respective personalities. The oversight made for awkward silence between song intros and their performances and slowed down the pace of the concert.

Overall, however, those flaws could be overlooked, given the exceptional music performed by the impressive CSO and the quality singing and dancing of all the guest artists. In end, the intended community celebration of a season meant to inspire hope and joy was a successful artistic achievement.

For tickets and information about the remainder of the Carmel Symphony 2022-2023 season visit carmelsymphony.org.