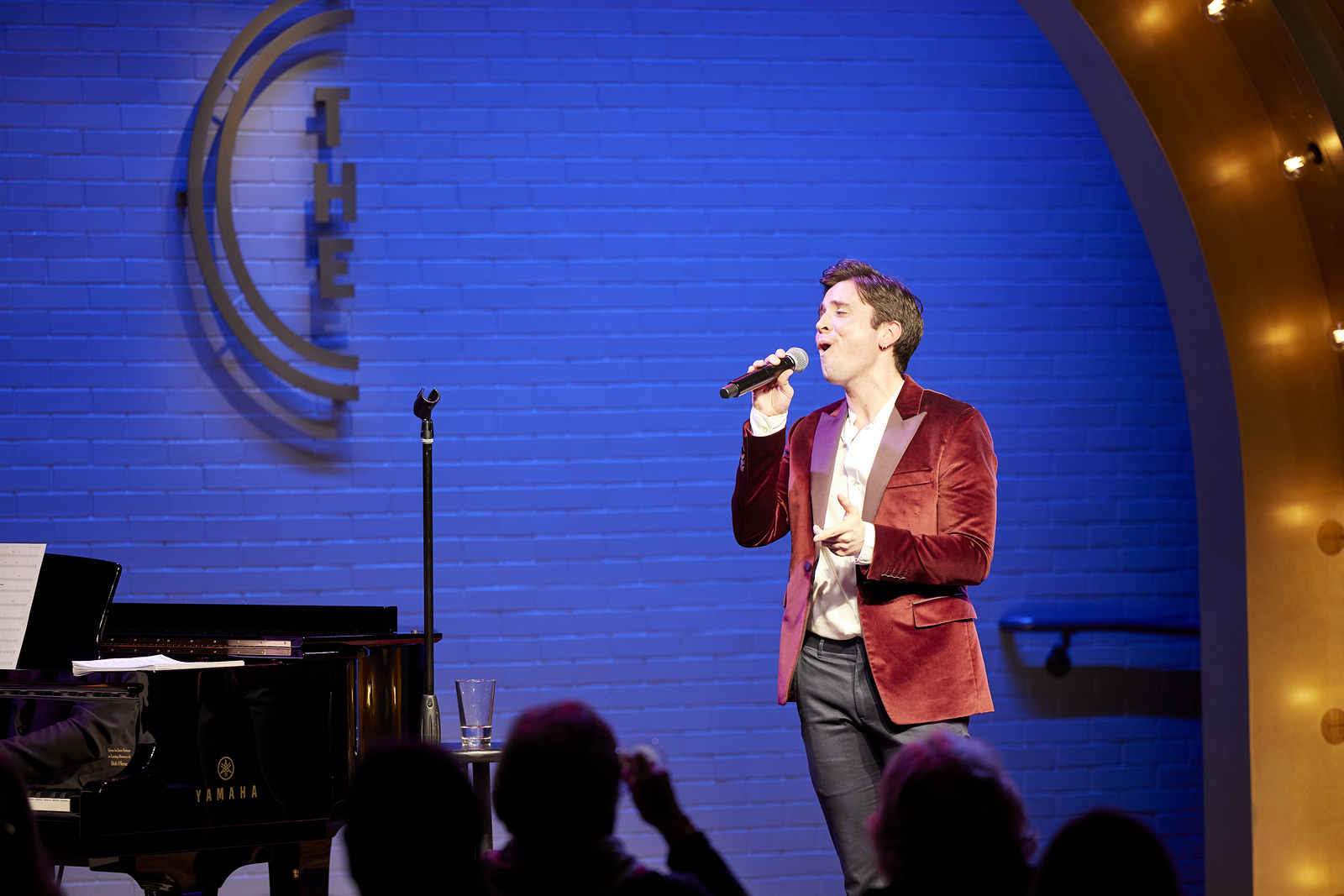 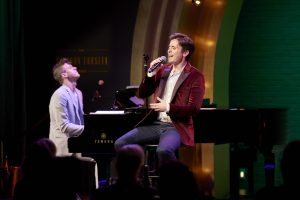 Tony-winning Matt Doyle showed off his Broadway pedigree during a solo performance Saturday at The Cabaret. Accompanied by his pianist-musical director-arranger and writing partner, Will Van Dyke, Doyle demonstrated that he is not only a powerful vocalist and witty raconteur but also a hard-working entertainer who gives 110 percent.

A singer-songwriter-recording artist, Doyle starred in “Company” in 2021 for which he received the 2022 Tony for Best Featured Actor in a Musical. Previously, he also appeared in “Spring Awakening,” “Bye Bye Birdie,” “War Horse,” and “The Book of Mormon.” Currently, he is playing nerdy Seymour Krelborn in an Off-Broadway revival production of the Howard Ashman and Alan Mencken musical “Little Shop of Horrors.” As a recording artist, Doyle has released two EPs, “Daylight,” (2011) and “Constant” (2012), and a full-length album, “Uncontrolled” (2016).

Playing to full house of Cabaret patrons, Doyle, whose show began at 9:30 p.m. and had performed earlier in a 7 p.m. concert, showed no lack of energy or vocal stamina as he solidly connected with an audience packed with obvious, enthusiastic fans. His program consisted of a mix of Broadway, pop, original, and a few holiday songs.

Opening with “Being Alive,” from “Company,” highlights of Doyle’s show were his renditions of songs by artists he considers influential. They included The Beatles’ “Let It Be,” Joni Mitchell’s “River,” Sheryl Crow’s “If It Makes You Happy,” and Sara Bareilles’ “Saint Honesty.” 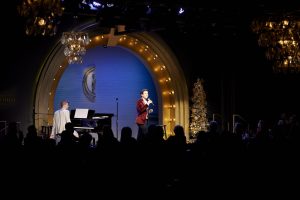 Showing off his own song-writing skills, he sang “Don’t Wait,” which he said was inspired by a trip he took with his first boyfriend on a trip down Highway 1 on the California coast. Authentic and open about his “Gay boy” identity, Doyle was masterful as a storyteller, sharing humorous anecdotes about his career, including a hilarious story about his fellow “Company” cast member Patti Lupone and personal life. Especially interesting were those about his parents, who he said were once “hippies,” and artists who influenced him, particularly in the area of music. His comments about his closeness to his mother, who he said is his “best friend,” were heartfelt and poignant

In the spirit of the holiday, Doyle paid tribute to another of his favorite entertainers, Mariah Carey. Prior to singing what has become her multi-million dollar hit “All I Want for Christmas” Doyle posed the tongue-in-cheek question, “Can anyone tell me why she held a parasol when she sang the song during the Macy’s Thanksgiving Parade?” to which someone replied, “It was because of the lighting.” The exchange represented the lighthearted tone of the entire evening with an entertainer who knows how to ingratiate an audience.

Delighting an expectant audience, Doyle finished his set with tongue-twisting “Not Getting Married” which he performed in the gender bending role of James in “Company,” the third revival of the Sondheim musical that earned him his Tony.

On occasion I have the opportunity to go backstage following shows to meet artists I cover, so I was eager to meet Doyle, whose talent I have long admired. Happily, I can report that in person, he was not only warm and humble, but seemingly in possession of the compassion and kindness he projected on stage.

For tickets and information about the upcoming 2023 season at The Cabaret, visit thecabaret.org.