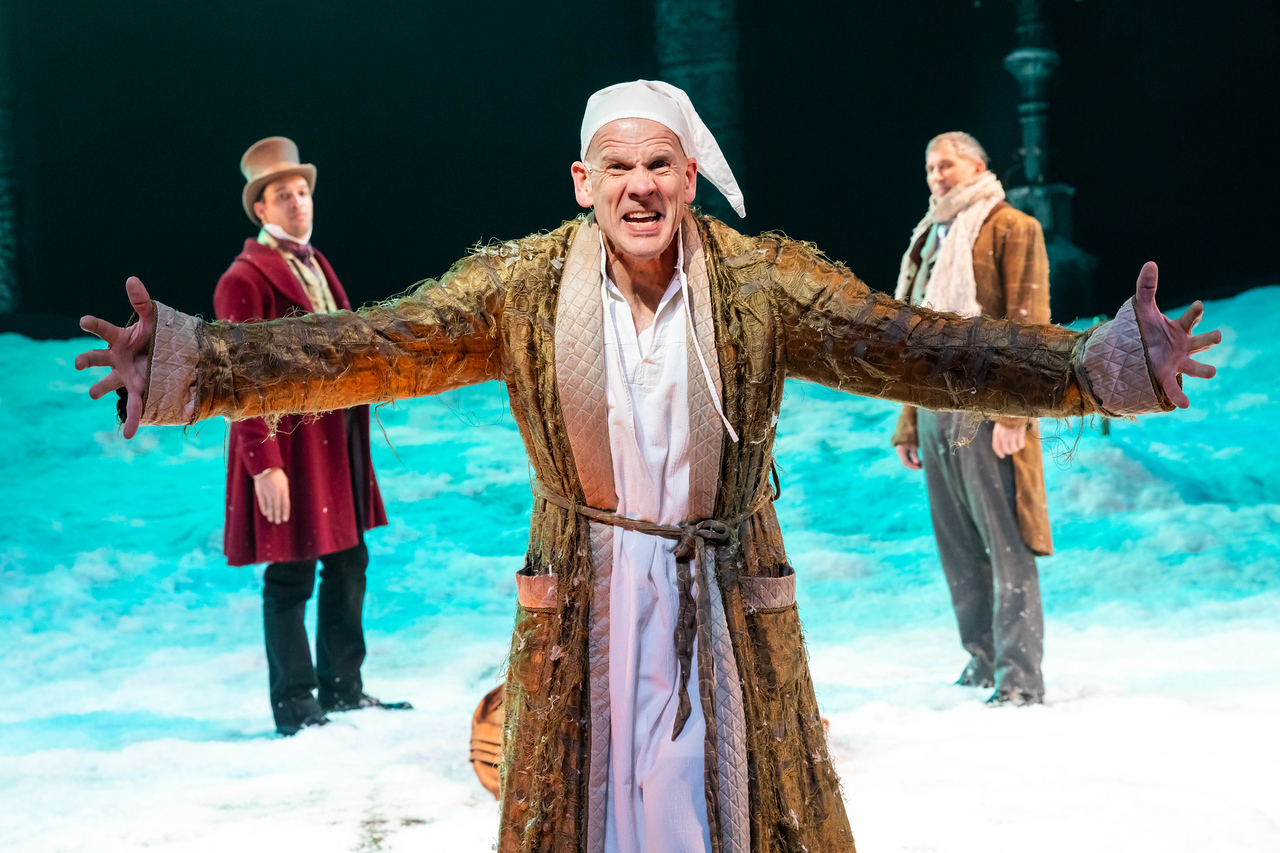 No doubt I sound like a broken record to those who regularly read my column when I emphasize that it is not unusual for me to see the same play or musical multiple times. That has certainly been the case when it comes to reviewing Indiana Repertory Theatre’s “A Christmas Carol,” productions of which I have seen countless times during the theatre’s storied 50-year history. However, what made this year’s edition, which I saw Saturday on the OneAmerica Stage, so special was that it was directed by IRT’s Margot Lacy Eccles Executive Artistic Director Janet Allen. 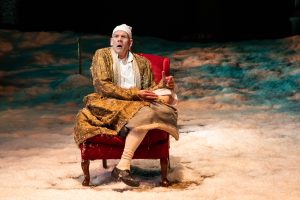 A longtime friend and respected colleague, Allen is soon retiring after nearly 30 years at the helm of Indiana’s premiere professional theatre. Rarely directing, Allen’s creative stamp on this year’s version of the Charles Dickens classic was clear. Also notable is the fact that her final directing effort is an adaptation by the late Tom Haas, the previous IRT artistic director and Allen’s former mentor, who passed tragically from an accident in 1991. I collaborated with both Haas and Allen when I produced a documentary celebrating IRT’s 15th Anniversary for WRTV-Channel 6, in 1987.

Also making this year’s production a satisfying and affecting experience was seeing Rob Johansen, an accomplished character actor I have long admired for his extensive body of work, in the role of Ebenezer Scrooge.  His characterization of the skinflint, caustic, curmudgeon, visited by the ghost of his former business partner, Jacob Marley, and the spirits of Christmas Past, Present, and Future and later transformation into a kinder, gentler man, was multi-dimensional and nuanced. Johansen’s take on the role followed in the footsteps of actors who previously played the part and whose performances I recall with fondness. They include Bernard Kates, Frank Raiter, Charles Goad and others.

That illustrious group also includes another versatile character actor, Ryan Artzberger, who played the role numerous times previously, but in this year’s production, he excelled as Bob Cratchit, Marley, Topper, and Ensemble. 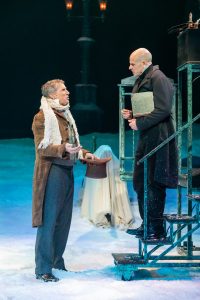 Covered in artificial snow, a signature feature of this IRT production, with architectural elements left intact from the original Indiana Theatre structure in the background, the set design by Russel Metheny was striking for its originality. Designer Linda Pisano’s costumes marvelously reflected the Victorian era. The lighting design by Michael Lincoln was effective in reflecting moods that were both sinister and joyous, as was the stunning music score composed by Michael Keck.

Over the years, I have always enjoyed Allen’s informative and insightful director’s notes in show programs and her comments for “Christmas Carol” are no exception. Referencing the show as a loved holiday tradition she names it “…a steady beacon for gathering and reflection, reminding us of the essential values of the holiday season: generosity, forgiveness, and charity to those less fortunate, removing the blinders that make us self-absorbed, reaching out to others with warmth and care.” During a time of continuing social and political polarization and economic uncertainly, Allen’s perceptive words reinforce why Dickens’ cautionary tale still resonates with all who wish to be reminded of and embrace the true meaning of Christmas.