Opera Singer Embarks On Next Leg Of His Career Abroad 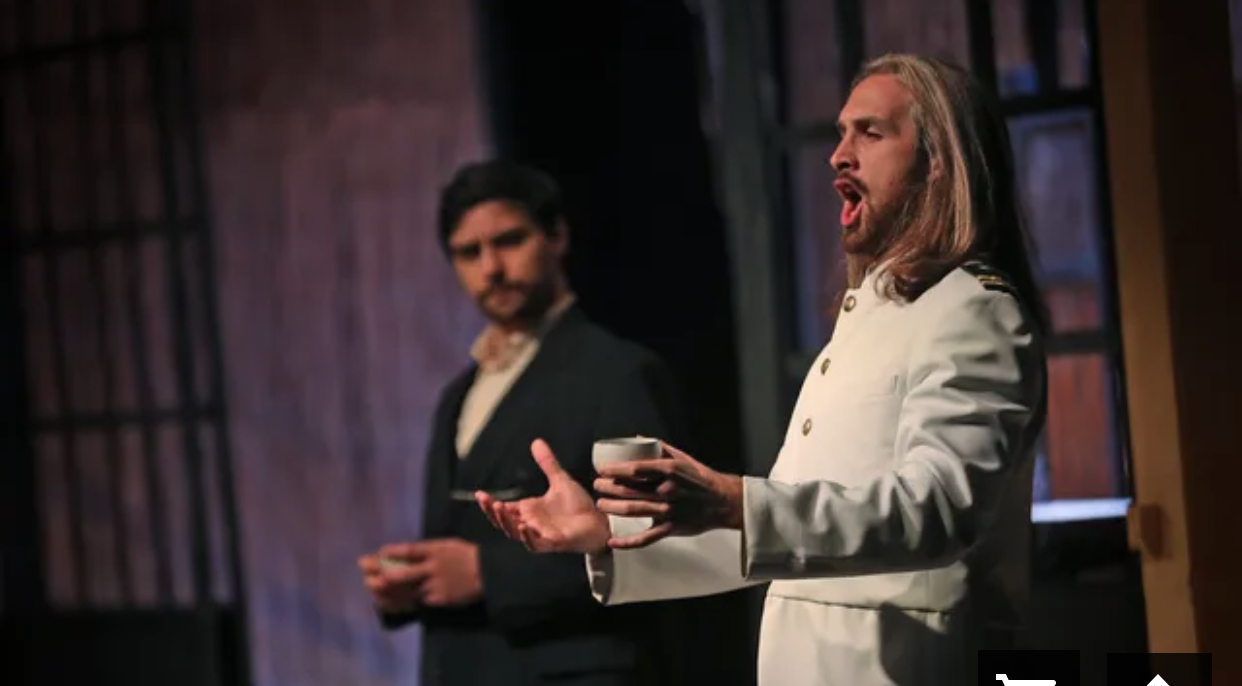 Hoping to finance a move to Berlin, Germany, to advance his opera career, tenor Ganson Salmon held a fundraising recital at Allisonville Christian Church on October 23. With 170 friends and family members in attendance, Salmon, once described as a “dashing lyric tenor” by the “New York Times,” regaled the crowd during a program that consisted of 12 of his favorite pieces that included Italian songs and opera arias, as well as classic Mario Lanza tunes. 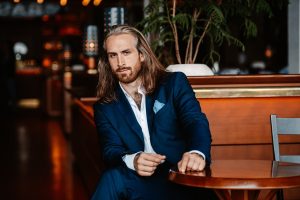 To my great disappointment, I was not available to attend his recital. Later, however, I ran into Salmon at an after-party celebrating the opening of Actors Theatre of Indiana’s production of “Violet.” At the time, he was still basking in the glow of having successfully raised $9,300. Accompanying him was his devoted grandmother Jane Gradison, whom he lovingly calls “Nana.”

Having previously interviewed 30-year-old Salmon (here) in May of 2020 during the pandemic, it occurred to me that an update was in order. So, we met recently at Coat Check Coffee, located at the Athenaeum, to chat. It was pure irony that Salmon, who was relocating to Germany in a few days, and I were meeting at what was once the center of the German community in Indianapolis – a building constructed in 1893 called Das Deutsches Haus (the German House). In choosing the location, Salmon had no awareness regarding the illustrious history of the Athenaeum, whose architect was novelist Kurt Vonnegut’s great-grandfather, but when informed of its significance he was delighted.

The first thing I learned as Salmon and I began catching up was that in 2021 he had unexpected dental surgery, which, in addition to the COVID quarantine, had already stalled his career and took him out of commission for months. When asked what he learned during that frustrating period, he said, “The most important lesson I learned: that you must let go of the outcome of your career, especially if you are attached to it and want it to be a certain way and to happen at a certain time and don’t want to wait. Plus, singers have a complex about their age, which we get from the business, and I am not getting any younger. I had to let go and learn delayed gratification.” 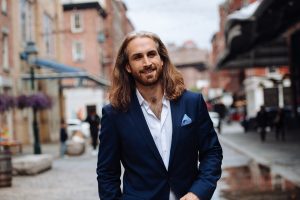 Expanding on what the pandemic and his surgery taught him, Salmon said, “During these last few years, I had to go through this strange time of waiting and things not going the way I wanted them to – my big dream of singing on stage. I think there was a time where I had to be let down from that, and I had to learn what was truly important and that it came down to my faith. It came back to like, ‘No matter what happens in my life, I always have that.’”

When asked “Why Germany” as far as a strategy to further his career, he said, “There is a plethora of job opportunities over there. In Europe, they have an affection for opera because it’s essentially in their DNA, of course. The Italians, the Germans, the French love opera, and it’s a part of their daily life.  Classical music is part of their culture, and they are so proud of their composers. Their composers are like our Bruce Springsteen. At one point, I saw that I can either decide to do it in the USA, or I can go and pursue this transition from young artist to seasoned professional in Europe. More and more, I realized how attractive it is in Germany and Europe because of the number of job opportunities. You don’t just work at one place for two months and another place for two months. You can get a job at an opera house for multiple years. You can create a good life for yourself there.”

When I inquired about the differences he sees between American culture and that of Europe, Salmon said, “I find that I really am attracted to the European spirit. They’re very different than us Midwestern Americans. I hate to categorize and put us in a box, but I feel they have a manner of speaking more freely that I think we miss here. There is less of this American passive-aggression and more of just saying what you think, which appeals to me.” Adding that attitudes about the arts in general in Europe are different, Salmon said, “There is a perception in this country that opera is too esoteric and that it is an acquired taste, but there, an opera singer is in a place where it’s kind of normal and not placed on a pedestal. It just seems more natural and looked at as work, rather than an esoteric luxury for the elite. Another thing that people don’t really know about the German opera world is that most of the opera houses in Germany are supported financially by the state. Consequently, for someone like me, that means job security, health benefits, better pay, and a place to live. All of that is the cherry on top of a life singing opera.” 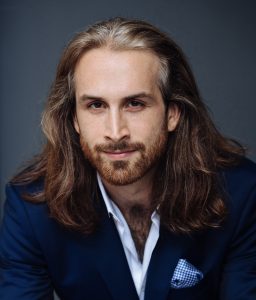 “What is your overall goal?”  I asked Salmon, to which he replied, “I just want to sing internationally. I want to sing the romantic tenor roles, and I have other side goals. I want to get to a point where my technique is strong enough that I earn an international reputation for being a solid singer that brings a lot to the stage. That’s my goal. The details of the goal change from time to time. I long to be on stage and express everything. I must express myself because when I get on stage, I have a lot to say through the characters that I play. And I have a lot to say through my voice, and I want the platform to do all of that.”

Finally, I asked Salmon if he had a parting message to his hometown fans. “The thing that I love about Indianapolis is the outpouring of love and support from not just my family and friends, but also from every person I’ve met in the opera arena and throughout central Indiana.  Many said, ‘Go for it. You can do it.’  And that was special to me. I leave this place feeling full. This was a perfect place for me to incubate.”