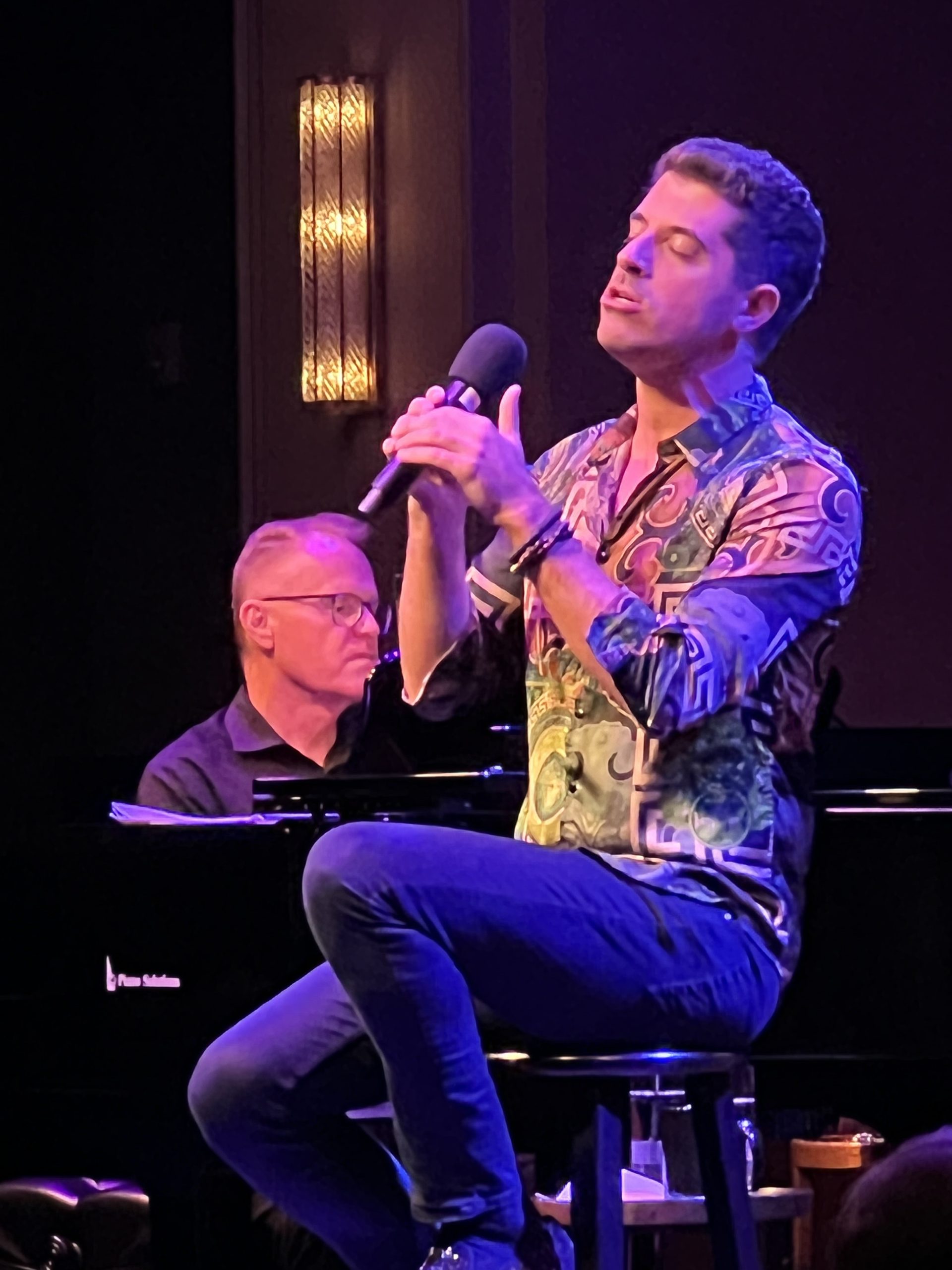 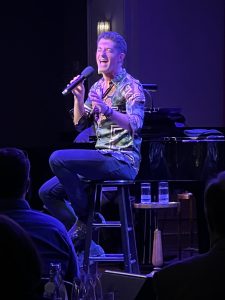 Widening his Central Indiana fan base, singer-songwriter Anthony Nunziata made his third appearance at Feinstein’s at Hotel Carmichael over the weekend. I was in attendance Friday, opening night of his two-day run.

In February, I saw the Brooklyn-native and current Nashville resident’s Valentine’s Day show at the upscale club bearing the name of Nunziata’s mentor – Michael Feinstein – and reviewed it favorably. Consequently, I knew what to expect, and as it turned out, that set list, with a few exceptions, closely resembled his Friday program, consisting of Great American Songbook classics and several of his original songs. Nevertheless, due to his charismatic stage presence and engaging persona, it really did not matter. Even if those present had seen him previously, it’s unlikely that they would have remembered specifics about his previous show. And such was the case with me. Nunziata’s captivating storytelling made it seem like I was hearing each song he performed for the very first time.

Accompanied by music director and pianist David Duncan (Indianapolis Symphonic Choir), Nunziata once again showed off his luminous tenor voice, resplendent in tone, range, and sustainability. Opening with “Carmel State of Mind,” a parody of Billy Joel’s valentine to New York City, Nunziata went on to sing favorites such as “Fly Me to the Moon,” made famous by Frank Sinatra and others, “When I Fall in Love,” popularized by Nat King Cole, Disney’s “Beauty and the Beast,” and “Somewhere” from “West Side Story.”  In the tradition of music history’s greatest Italian tenors, Nunziata also intoned a stunning rendition of “O Sole Mio” with a passion and intensity that was breathtaking. In addition, displaying his songwriting gifts, Nunziata also sang several of his original creations, including the moving “Just One Prayer Away,” co-written with Maria Christensen, and “I Found a Home,” co-written with Jeff Franzel and Tom Kimme. According to Nunziata, that particular song is currently residing in the Disney pipeline awaiting assignment to the right project. He also performed “The Greatest Wish,” co-written with Jim Brickman and Victoria Shaw that is on his first Christmas CD, “Together for Christmas.” Enhancing his act with his easygoing, self-deprecating humor, Nunziata ingratiated the audience as he playfully interacted with them throughout. 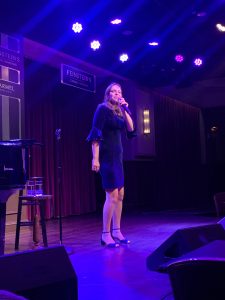 Reinforcing his support of emerging artists, Nunziata, who served as a mentor for Feinstein’s during the Songbook Academy in July, introduced a surprise guest. Poised and charming, with a sparkling voice, Carmel High School student Emmaline Colvin performed Harry Warren’s “The More I See You,” and “Isn’t This a Lovely Day?” by Irving Berlin. I could not help but imagine what a life-changing moment it was for the teenage vocalist to make her cabaret debut in such a prestigious venue in front of a receptive and encouraging audience.  Beaming with pride were her parents and both sets of grandparents as the neophyte vocalist graced the stage.

Making Nunziata’s performance extra special for yours truly was his encore of David Foster’s “The Prayer.” Recently, I lost someone very dear to me who passed away unexpectedly.  Listening to Nunziata’s soaring rendition of the song left me with a visceral reaction, causing me to break down in tears. The experience spoke to Nunziata’s gift for conveying heartfelt emotion and connecting the song to the soul through an art form unique for the intimacy it engenders.