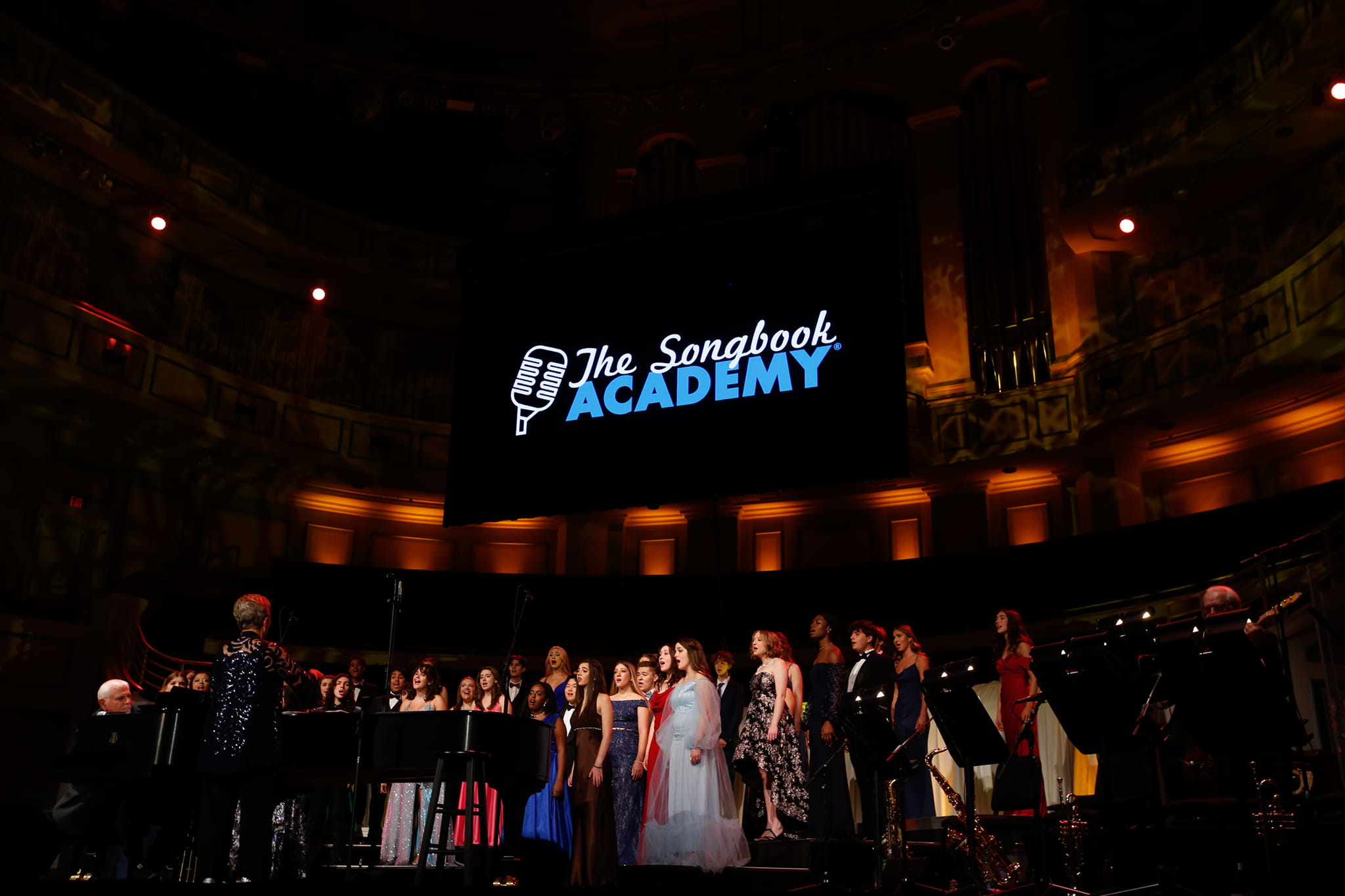 Sidelined for two years because of COVID-19, The Songbook Academy concert, featuring performances from high-school students from all over the U.S., took place on Saturday at the Palladium at the Center for the Performing Arts in Carmel. An event I have covered for much of its 13-year history, it’s also one I look forward to seeing every year. Having missed it for the last two years, it was especially satisfying to see it live once again. No doubt, the 800 fans in attendance and 161 households streaming it, felt the same way. 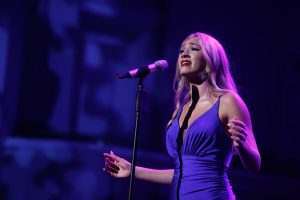 Presented by the Great American Songbook Foundation, founded by five-time Grammy-nominee and world-renowned performer Michael Feinstein, the highly entertaining concert featured 40 singers, called “Songbook Ambassadors,” in solo and ensemble performances. Formerly a competition, this year’s event, instead, celebrated the students’ growth over the course of a week, in which they attended workshops with music directors and vocal coaches. Always a highlight, the annual summer intensive also included master classes with Feinstein and other celebrities, which were open to the public.

The 90-minute concert, hosted by Feinstein, was a well-produced, multimedia production with interview segments, featuring mostly vocal coaches and music directors sharing their experiences with the students throughout the week, including behind-the-scenes footage. As part of the program, Feinstein did a tribute to the late Broadway composer Stephen Sondheim, playing piano and singing “No One is Alone” from the musical “Into the Woods.” Another attraction of the expanded concert was 2013 Songbook Academy alumna Melinda Rodriguez singing “Let’s Call the Whole Thing Off.” She’s now a seasoned jazz singer, who has won the Ella Fitzgerald Jazz Vocal Competition and competed on season 17 of NBC’s “The Voice.” 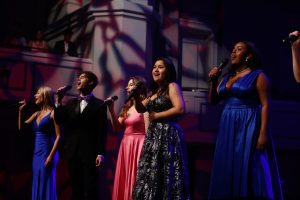 In past concerts referred to as “finals,” the top ten singers were chosen, but in the new format unveiled Saturday, all the singers were given a chance to shine in a noncompetitive and supportive environment, where each of them could show off their individual talents. They sang medleys consisting of song snippets they had chosen, which were arranged into mostly seamless and often-clever arrangements of tunes from the Great American Songbook.

Separated into five groups, comprising eight students each, the teams were named after the five music directors they worked with during the week. An example was “Team Beckie,” named after Beckie Menzie, the noted, Chicago-based pianist and cabaret artist who led the team with vocal director Mary Michael Patterson. Other team leaders, mall of whom were called “guest mentors,” included Jeff Harris and Kathleen Hacker, Russ Kassoff and Elaine Moebius, Daryl Kojack and Lynne Rothrock, and Melanie Shore and Catherine Walker.

Throughout the concert were solos performed by individual Ambassadors, chosen from each group by the mentors. Of the five, all of whom were extraordinary, three stood out. They included Avon High School student Jonathan Grimes, 18, who sang “Lucky to be Me,” 16-year-old, Zionsville High student Izzy Casciani, who sang “Stormy Weather,” and Mikayla Smith, an 18-year-old phenom from Royal Palm Beach, Florida, who had “star” written all over her when she sang “Bein’ Green.” All three were clearly crowd favorites

As in the past when attending Songbook Academy concerts, I was overwhelmed by the array of exceptional talent I witnessed on the Palladium stage. And once again, I could not help but feel grateful these emerging artists, as Feinstein’s Songbook Foundation intends, will keep the music of the Great American Songbook alive for generation to come. Lastly, I left the concert feeling hopeful, knowing the future of Broadway, the entertainment business, in general, and music education are in good hands, all thanks to Feinstein’s inspired vision to preserve and promote America’s unique musical heritage.