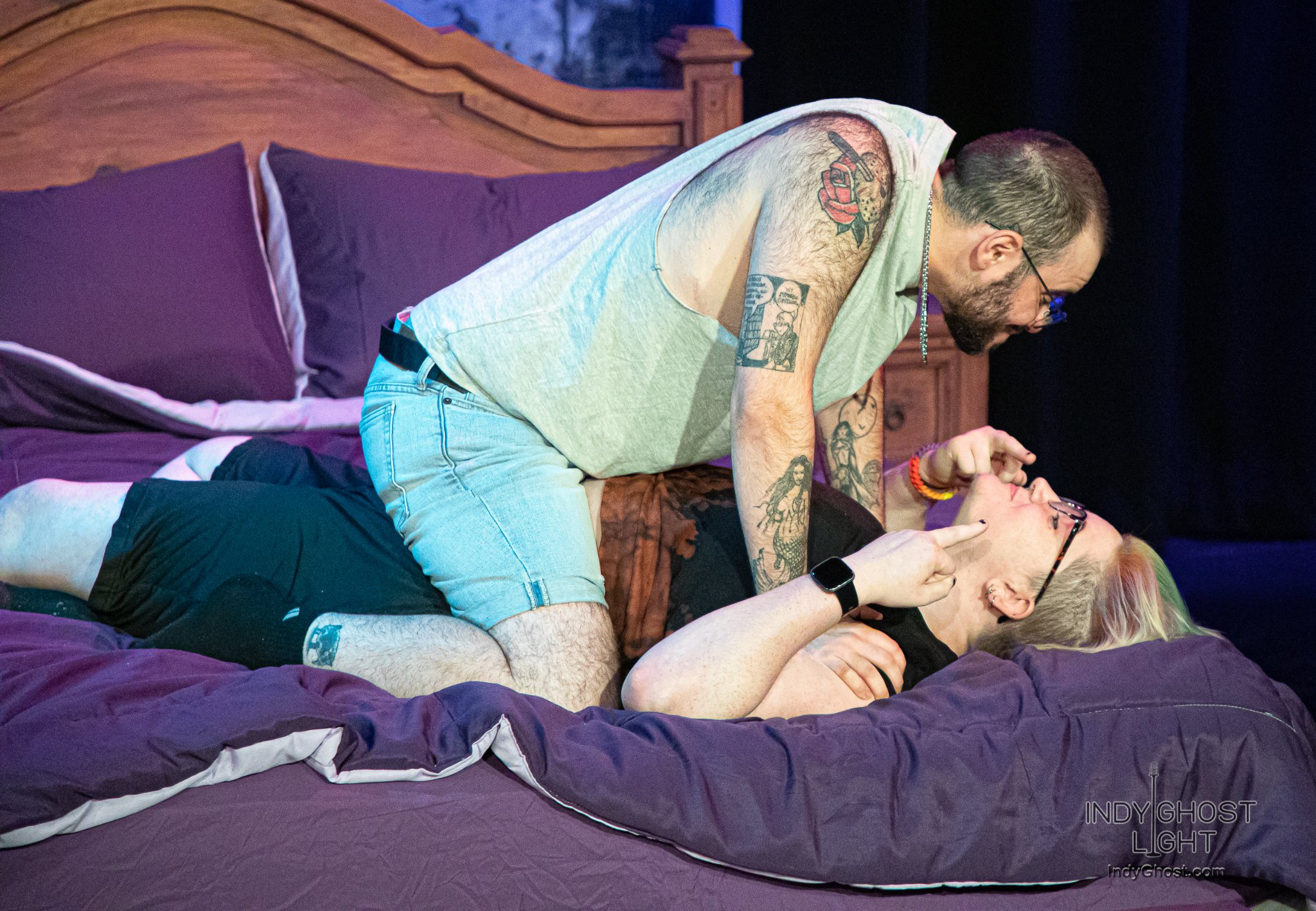 Two realizations came to me soon after seeing “Bed Play” by Indianapolis native Shar Steiman on Saturday on The District Theatre mainstage. One was just how original it was. Secondly, the queer content of this bold piece speaks to just how far the LGBTQIA+ movement has advanced in its post-Stonewall evolution. 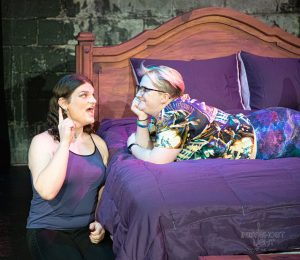 First of all, the originality of poet-playwright-screenwriter Steiman’s 90-minute play is striking. It’s written, often ingeniously, in slam poetry and rhyme, devices that emulate The Bard. Steiman’s cleverly crafted verse included dialogue, some delivered in soliloquies, such as “You broke my heart/And I can’t forget it/And I don’t want to let it hurt me anymore /We all mature/At different paces/And have different faces/We put on for people/You were a weasel/Of an easel/I painted my worst versions on you.”

As far as the play’s often-explicit subject matter, as a 74-year-old gay man, who is still learning to embrace the word “queer,” once considered a pejorative, hate-filled term, Steiman’s candid discussion of LGBTQIA+ subject matter was inspirational. With its previously taboo topics conveyed in such an unapologetic and matter-of-fact manner, the piece is representative of today’s liberated generation, for which the closet is no longer an option. 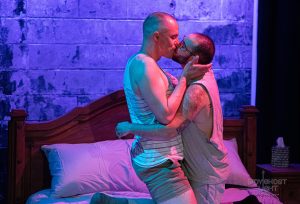 Presented by StageQuest and directed by its founder and noted local actor Ty Stover, all the action takes place on a bed, the play’s main set piece. The story centers on the lives of four gender-diverse, queer individuals dealing with issues related to sex, dating and friendships. Think “Friends” with more sex (suggested), skin and queer perspective, delivered with a dose of humor and a social-political bend.

Aside from Steiman’s artful script and Stover’s skillful direction, another of the production’s positive elements was its superb cast that excelled as an ensemble. All of them turned in impressive and strong individual performances. They include playwright Steiman as “B,” Lukas Schooler as “A,” Case Jacobus as “D,” and Meghan Dinah as “C.”

Coming off last month’s celebration of LGBTQIA+ Pride, “Bed Play” was a welcome expression of queer identity and culture. In an era when Pride parades have become family friendly and almost sanitized, drag queens are mainstream and major department stores feature queer merchandise sections, it was refreshing to witness an edgier representation of a now-empowered community.

For more information and tickets to “Bed Play,” which continues through July 10, visit indydistricttheatre.org.