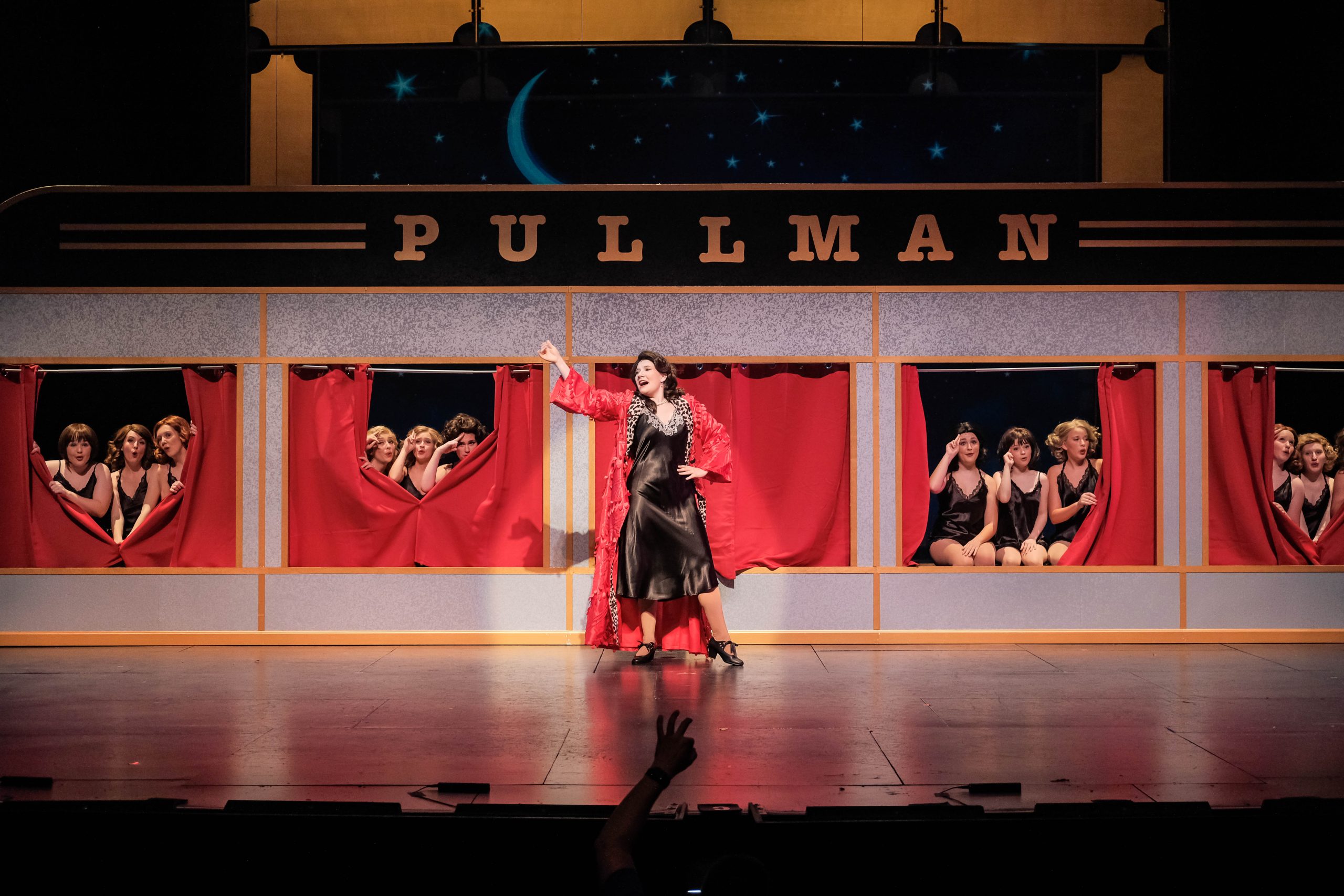 The precision and nearly flawless synchronization executed by the 29-member chorus, during phenomenal tap dance numbers in Young Artist Program Production of “42nd Street” a spectacular sight to behold Friday night at the Booth Tarkington Civic Theatre at the Center for The Performing in Carmel. That is not to say that the show’s leads and those in supporting role did not dazzle as well. What made the production all the more remarkable was the fact that all the performers were 14 to 18 years of age, representing nine area high schools in Central Indiana. 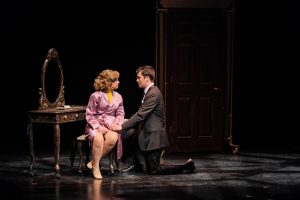 Masterfully directed by Emily Rogge Tzucker, the show’s impressive choreography was created and overseen by Anne Beck, a former Broadway performer who knows a thing or two about staging. Of course, for the production to do justice to the show with music by Harry Warren, lyrics by Al Dubin and book by Michael Stewart and Mark Bramble that was originally directed and choreographed by the legendary Gower Champion, the dancing had to be top notch and that, it certainly was.

MaA 1980 Broadway musical, “42md Street ” is based on a 1932 novel by Bradford Ropes. Also, a 1933 Hollywood film of the same title, the story follows the rehearsal process of a Broadway musical that is being mounted during the height of Great Depression and focuses on Peggy Sawyer a fresh-face neophyte fresh off the bus from Allentown, Pennsylvania who arrives in New York city, with suitcase in hand, to pursue her dream of being in a Broadway show.

I cannot say enough about the excellence demonstrated by the emerging artists featured in this polished Civic production during which I frequently had to remind myself was a community theatre endeavor as opposed to a professional one. Each cast member deserves praise for their acting, singing and dancing and for their mastery of the style and attitude of the 1930s. They all would have fit right in a Busby Berkeley movie. 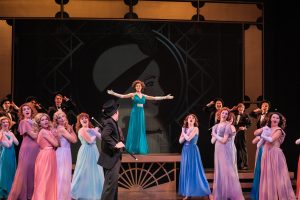 Naturally, however, the show’s leads stood out as they should have. They included Jilyane Kistner (Dorothy Block) Daimon Anderson (Julian Marsh), Mary Kate Tanselle, (Peggy Sawyer), Maggie Jones (Natalie Marchal), each of whom turned in Broadway quality performances. I can’t emphasize enough, however, just how much each cast member deserves praise for their acting, singing and dancing and for their mastery of the style and attitude of the 1930s.

Adding to the professional caliber of the YAP show was a superb 15-piece orchestra led by music director Trevor Fanning that handily interpreted a score consisting of standards including “You’re Getting to Be a Habit With me,” “Dames,” “We’re in the Money,” “Lullaby of Broadway,” “Shuffle Off to Buffalo” and “Forty-Second Street,”

Contributing to the show’s first-rate production elements were Ryan Koharchik’s scenic and lighting design, Michael J. Lasley’s sound design, Adreinne Conces costumes, and Andrew Elliot’s wig design. Civic. Given that it is professionally managed, once again, the Civic demonstrated that it represents the gold standard of local community theatre.

It is hard to fathom just how difficult it must have been for the cast and crew to go to so much effort just to give only four performances of a show which was among the finest I have seen on any stage this season in Indianapolis thus far. Seeing these young people practice their craft which such poise, discipline, and unbridled passion, much like all the talented American Songbook Ambassadors whose concert I raved about recently, this avocational group of artists left me feeling optimistic about the future of the American Musical Theatre.

‘Spring Awakening: In Concert’ To Benefit Timely Cause