‘Violet’ Is Abundant With Vivid Performances 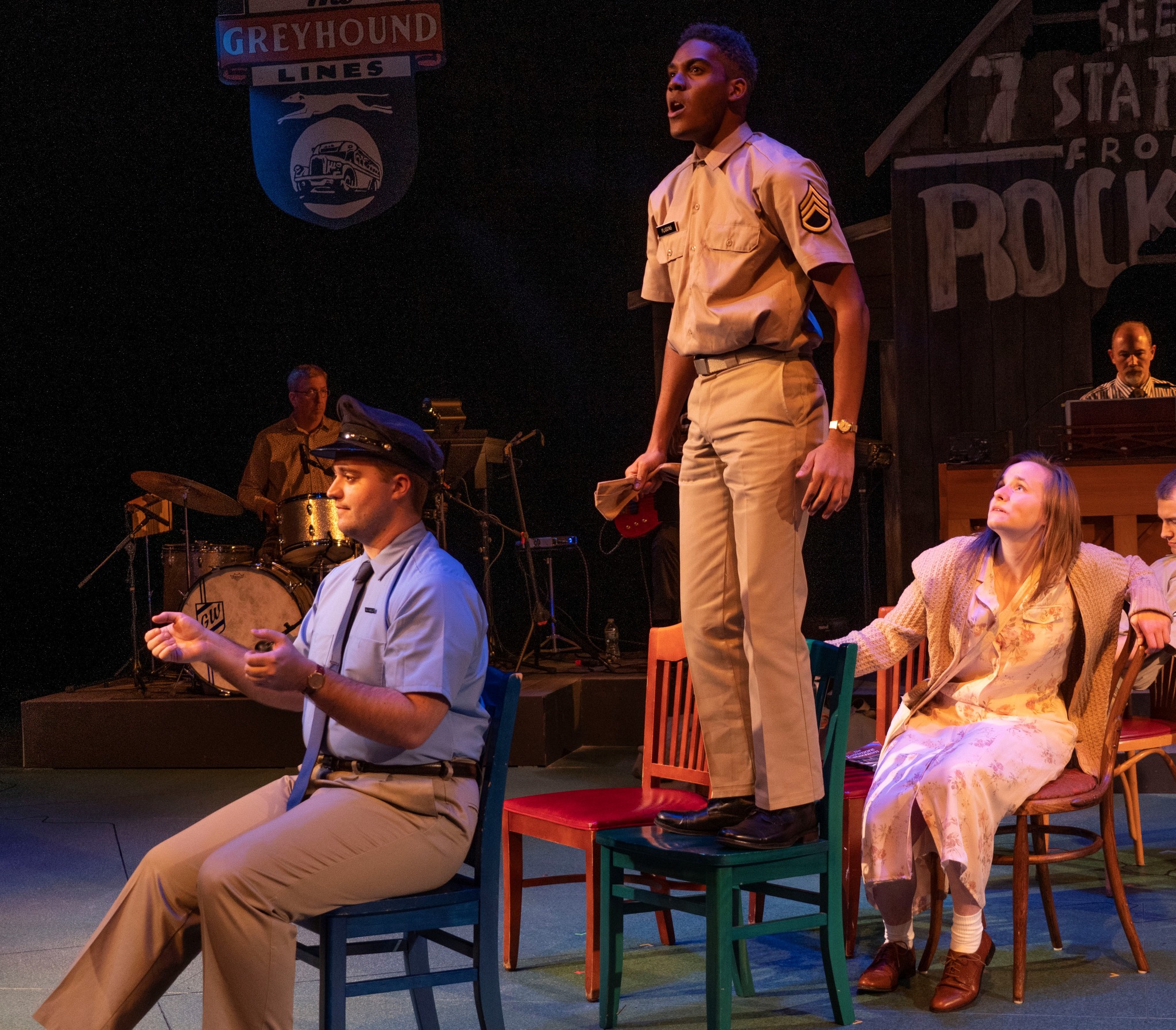 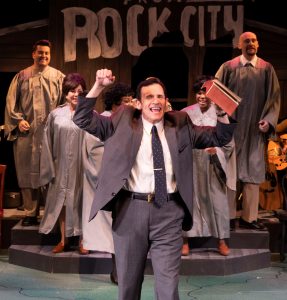 Seeing multiple productions of shows is not unusual in my line of work. In 2019, I saw an excellent production of the musical “Violet.”  It was presented by Eclipse, the Summer Stock Stage emerging artist program.  So, when I saw “Violet” presented by the Actors Theatre of Indiana at The Studio One Theatre at the Center for The Performing Arts on Friday, I kept an open mind so that I could judge the production on its own merits rather than compare it to the Eclipse production. Happily, however, there were differences between the two in terms of direction, staging, and of course performances that were unique in their own right, making the experience a singular one.

As far as its background, “Violet” features varied genres of music written by Jeanine Tesori (“Caroline or Change, “Thoroughly Modern Millie,” “Shrek,” and “Fun Home”) and lyrics by Brian Crawley, who also wrote the book based on the short story, “The Ugliest Pilgrim,” by Doris Betts. The musical premiered Off-Broadway in 1997 and moved to Broadway in 2014. The musical tells the story of Violet, who, as a young girl, was struck by a flying ax blade when her loving dad was chopping wood, leaving her with a vicious scar across her face. She prays to have it removed by way of a miracle. Later in 1964, she travels by bus across the Deep South to obtain the healing touch of a popular television preacher, who she hopes can erase her disfigurement and make her beautiful. Along the way, she meets a young African American soldier, Flick, who offers Violet a possibility that she can come into acceptance and find self-esteem.

Having interviewed noted freelance director Richard J. Roberts (here), resident dramaturg at IRT, prior to seeing “Violet,” I was especially curious to see the results of his efforts. It was much as I had hoped — expert and inspired. 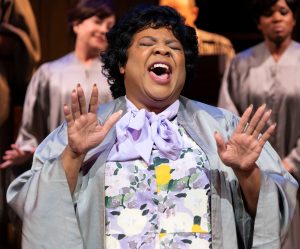 Particularly evident was Robert’s golden touch when it came to the selection of the cast, replete with remarkable talent, including Sydney Howard, who played the vulnerable yet spunky Violet. Howard’s heartrending rendition of “Look at Me” was deeply moving. Also turning in phenomenal performances were grade schooler, Quincy Carman, who played the young Violet, Eric Olson, who played the fiery preacher, projecting a charisma that was palpable. Maurice Aimé Green showed star quality as Flick, who is drawn to and protective of Violet throughout her journey. In possession of a sterling vocal instrument, Green was affecting in “Let It Sing.” Also standing out for their stunning vocal performances were Tiffany Gilliam, who played a music hall singer, and Tiffanie Bridges as gospel singer, Lula, who shined in the showstopping “Raise Me Up.”

Music director Nathan Perry was masterful in leading a five-piece band that included himself on piano, Greg Gegogeine on bass, Gret Wolff on drums, Kathy Schilling on violin and Charles Platt on guitar.

With its messages of hope, perseverance, and self-determination, “Violet” has a serious tone, yet is not without its share of gentle humor. But it is the show’s engaging score with its mix of R&B, gospel, and honky-tonk that makes the show highly entertaining as well. At a time when discrimination and increasing violence are still rampant against those who are different in our society, “Violet” is a wise and tender reminder of the important of tolerance, that beauty is in the eye of the beholder, and self-love is an inside job.

Tickets for “Violet” are available at atistage.org or by calling the box office at the Center for the Performing Arts at 317-843-3800.

‘The Great Comet’ Boldly Bursts Onto Stage At IU