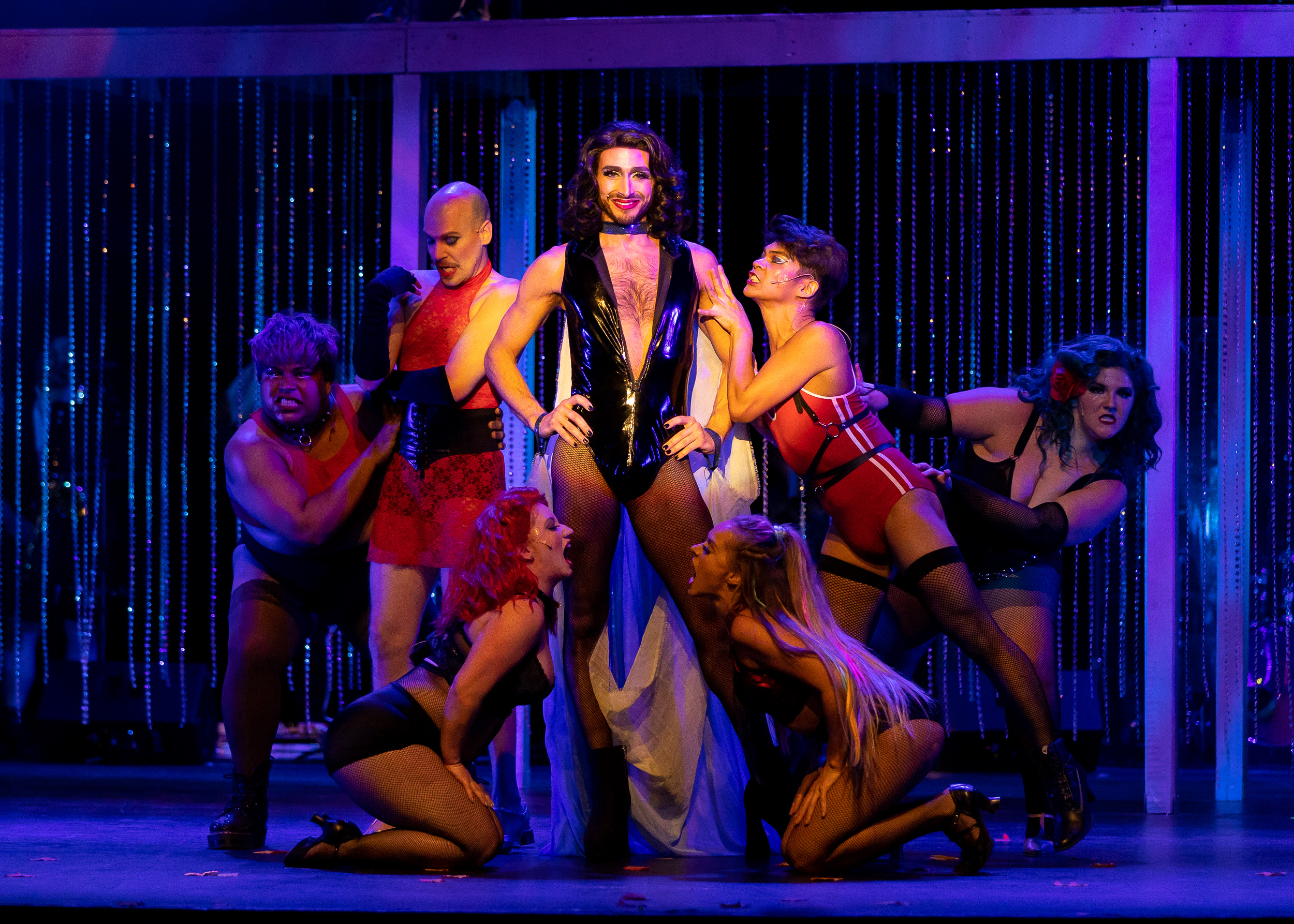 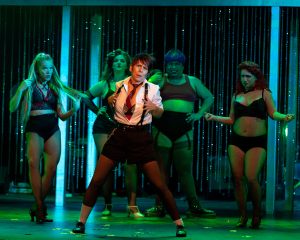 When I saw “The Rocky Horror Picture Show” upon its initial release in 1975, I knew I was seeing something well ahead of its time. Since then, I have seen the cult classic film more times than I can recall, but one thing is certain: I have never tired of this campy homage to cheesy science fiction and horror B films of the 30s through 60s. As far as “The Rocky Horror Show,” the 1974 stage musical from which the movie was adapted, I have seen numerous local productions, including at least three annual Zach & Zack presentations. And of those, the production I saw Friday on opening night at the Athenaeum was, by far, their best effort.

With each passing generation, new devotees join the ranks of those who have seen the story of “Rocky Horror” over the decades, so one can safely presume that many are familiar with it. But for those who aren’t, here’s a recap: With music, lyrics, and book by Richard O’Brien, the offbeat musical recounts the tale of Brad and Janet, a newly engaged couple who get caught in a storm and have to take refuge in the home of Dr. Frank-N-Furter, a mad transvestite scientist, and his peculiar staff. While there, they witness the unveiling of a fully grown, muscle man with a perfect physique, named Rocky, whom the scientist has created. Throughout their stay, Brad and Janet are forced to participate in some unexpected shenanigans. 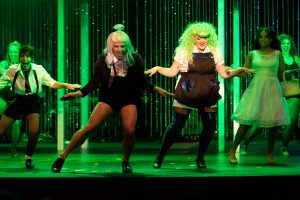 Expertly directed by Zack Neiditch and resourcefully produced by Zach Rosing, there was no shortage of talent represented in the outstanding cast, and that is why I count it as one of the best Zach & Zack “Rocky Horror” shows I have seen. Standing out was Tim Hunt as Dr. Frank-N-Furter, who infused his character with charisma and charm, Actors Theatre of Indiana c0-founder Cynthia Collins, who played Columbia and is one of Indy’s most accomplished character actors, Jacob A. Butler as Riff Raff, who turned in a brilliant vocal performance, and Jacob Barnes, whose eight-pack abs and naïve sweetness, made his portrayal of Rocky flawless.

Contributing to the quality of the production was the execution of O’Brien’s catchy rock score interpreted by a seven-piece band, led by music director and keyboard player Tenéh B.C. Karimu. Adding to the show’s high-level artistry was Brittany Kugler’s costumes, Shane Cinal’s scenic design, Michael Moffatt’s spectacular lighting design, and the hair and makeup designs of Jenn Tobian and Vanina Kelsey. Doing what he does best was Zach Rosing, who was the show’s video/graphic/SFX designer. His use of live video throughout the production was innovative and inspired. 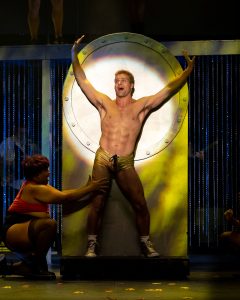 Responsible for the show’s sparkling choreography, with a nod to David Toguri’s original movement, was Kenny Shepard. Naturally, the “Time Warp” dance was the show’s audience-participation favorite.

Given the fact that the “Rocky Horror” run is concurrent with the Halloween season, it is obviously an ideal activity for those who associate the show with the holiday. Though not as interactive as the film experience, there were a few patrons in the audience who came dressed as characters from the film, and call outs of show dialogue were encouraged with subtitles such as “slut” and “asshole” projected above the musical. The audience clearly loved participating in what has been a tradition for many.

I could not help but note that most of the audience appeared to be in the 20-40 age range and were not even born when “Rocky Horror” premiered. I would not be surprised if their parents were fans of the film and/or musical and that their own grandchildren will eventually show up for a vehicle that has, thus far, stood the test of time, making “Let’s Do the Time Warp Again” an all-time classic.

For tickets and information about “The Rocky Horror Show” visit zachandzack.com.