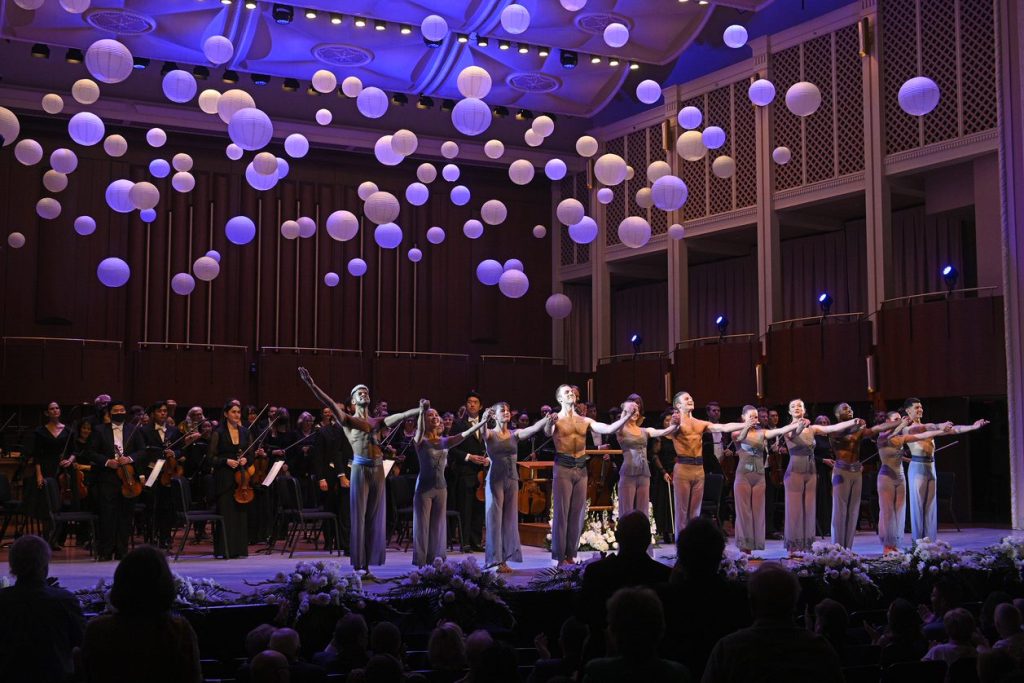 There was an appreciable excitement and energy in the air at Hilbert Circle Theatre when the Indianapolis Symphony Orchestra, led by artistic advisor Jun Märkl, commenced ISO’s 2022-2023 season at the orchestra’s Opening Night Gala on Saturday. Adding to the momentous nature of the concert was the participation of the ISO’s special guest, Dance Kaleidoscope, Indiana’s premiere contemporary dance company, led by artistic director David Hochoy.

Playing in front of an enthusiastic audience, many in formal attire, who were attending a dinner following the concert at the Indiana Roof Ballroom, the ISO offered a 70-minute program of some of the most recognizable and popular pieces from the classical repertoire. The compositions included Tchaikovsky’s “Romeo and Juliet Fantasy Overture,” “La Valse,” by Maurice Ravel, Johann Strauss, II’s “On the Beautiful Blue Danube,” and “Boléro” by Maurice Ravel.

Demonstrating why it is one of America’s leading orchestras, the ISO, with eighty-four top notch musicians gracing the stage, was in fine form with maestro Märkl vigorously coaxing the exquisite sounds from the players. Such was the profound power of their performance throughout the concert that moved and affected me viscerally. 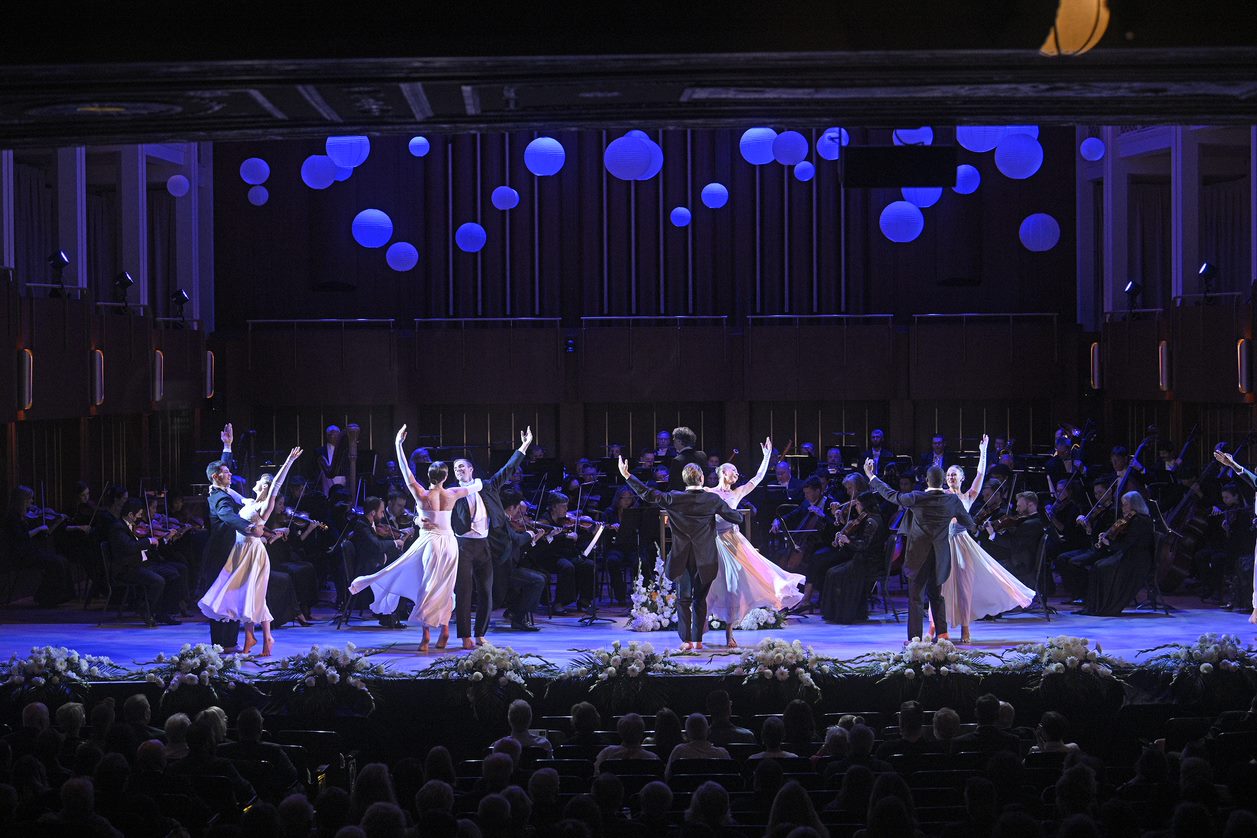 Adding to the concert’s magnificence were the performances of the DK company, now in its 50th season. Choreographed by Hochoy, who has created over 70 dances since his prolific DK tenure began in 199l, the company performed two of his pieces set to the romantic “Romeo and Juliet Fantasy Overture” and “On the Beautiful Blue Danube.” “Romeo and Juliet” told the tragic tale of the star-crossed lovers, illustrating the story’s drama through balletic movement, featuring a splendid architecture that was truly ingenious. With the women dressed in flowing semi-formal dresses, wearing long gloves, and the men in white tie and tails, the company danced effortlessly, as if on clouds, as they glided to the iconic Viennese waltz “On the Beautiful Blue Danube.”

The resulting effect of the combined ISO music and DK dance was pure enchantment. A stellar collaboration of the highest order between two of Indy’s top performing organizations, it was an inspiring, entertaining event made memorable for its exceptional artistic quality.

For tickets and information about the ISO and DK 2022-2023 seasons visit indianapolistsymphony.org and dancekal.org