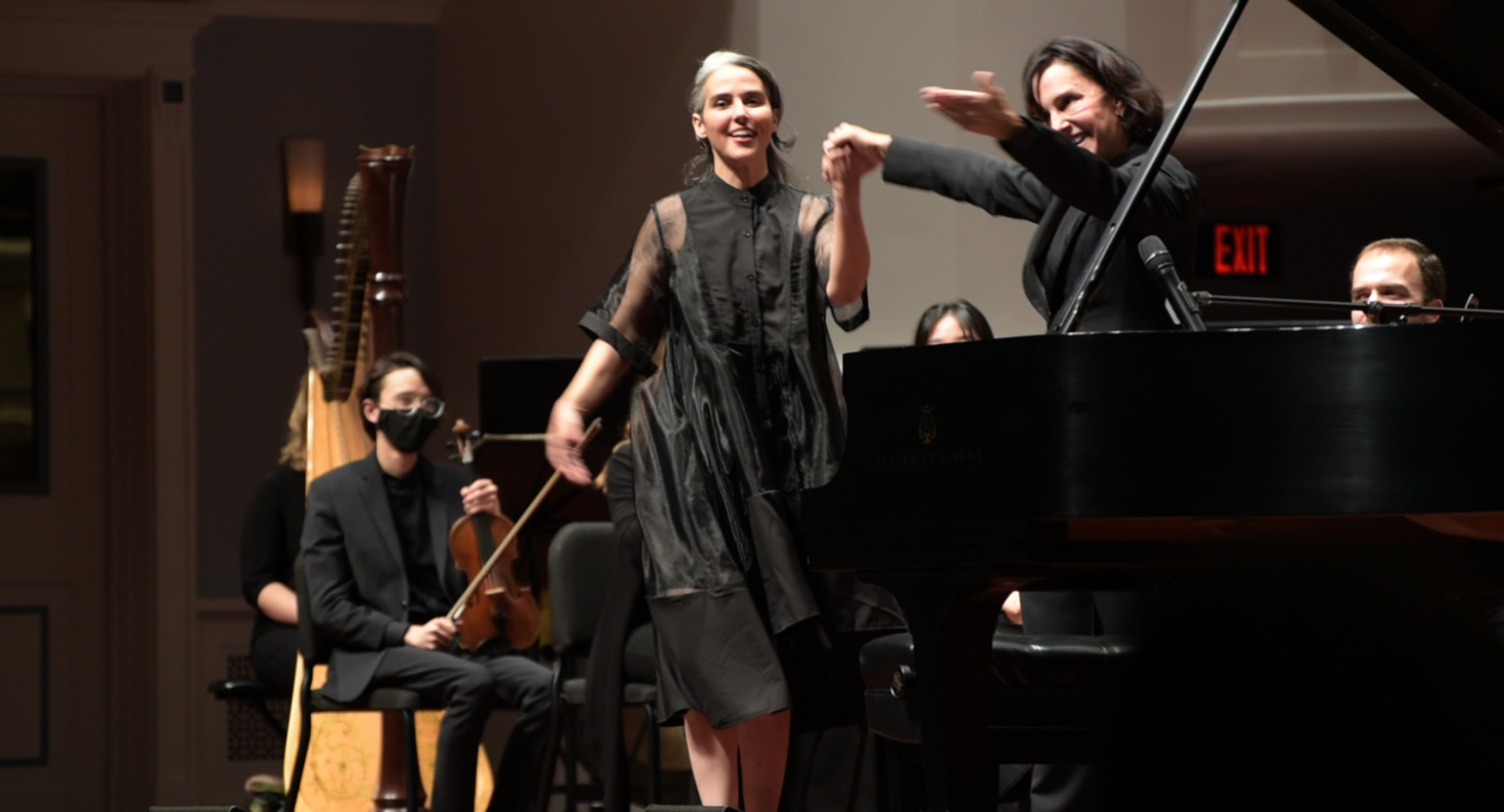 Carmel Symphony Orchestra, led by conductor Janna Hymes, is on an upward trajectory as a jewel in the crown of the Carmel arts scene. That assessment is based on the fact that each time I witness them perform, their improvement is unmistakably noticeable. Such was the case Saturday night at the Palladium at The Center for the Performing Arts in Carmel. The concert was part of the CSO Masterworks series. Presented in honor of Hispanic Heritage month, the concert’s featured guests were pianist-vocalist-composer Pavel Polanco-Safadit, along with his band, Pavel and Direct Contact, and Clarice Assad, pianist-vocalist-educator. 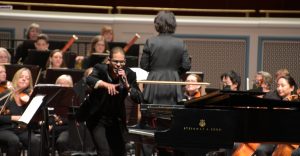 In reference to my previous comment regarding the CSO’s development, I am specifically referring to the quality of the orchestra’s tone, polished music, and refined details. Certainly, the individual players’ solid training was clearly evident, as was their stellar musicianship. Then, of course, under the baton of the dynamic Hymes, the overall CSO musical product is one that speaks to the excellence of her artistirec sensibilities, vision, and overall leadership of the professional 70-member orchestra.

The Act 1 spotlight was on Dominican-born Polanco-Safadit and his band consisting of Leah Crane (vocals), Steve Dokken (bass), Matt McGraw (drum set), Gerardo Becerra (percussion), David Allee (trumpet), and Freddie Mendoza (trombone). The concert commenced with two popular and recognizable pieces from the classical repertoire that included Emmanuel Chabrier’s “España” and Joaquin Rodrigo’s “Aranjuez Groove.”  They were followed by Polanco-Safadit at the piano, his band, and the CSO musicians playing three of his original jazz compositions that included “Don’t Let Go,” “Día Bonito” and “Rush Hour.” Polanco-Safadit, known for his high energy and frenetic stage persona, once again demonstrated that he is a force of nature as a performer, a quality that is reflected in his distinctive, vivid, Caribbean-flavored compositions. Providing vocals on “Don’t Let Go” and “Día Bonito” was the striking Crane, whose musicality and stage presence left a strong impression. 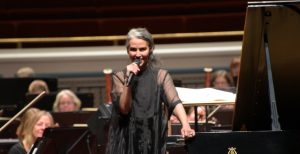 Act 2 opened with the CSO performing what Hymes said was one of her favorite pieces, “Suite no. 2” from “El Sombrero de Tres Picos” (“The Three Cornered Hat”), music for a ballet by Spanish composer, Manuel de Falla.  The remainder of the act was a showcase for the extraordinary talents of Grammy-nominated Brazilian-American, Clarice Assad, known in the worlds of classical, world music, pop, and jazz for her singular artistry – one of the most gifted performers I have ever seen. To say that she is original is an understatement. Performing her own compositions, which included “Cravo e Canela,” “Archetypes: XI. The Hero,” and “Maria, Maria,” she also interpreted her own arrangement of Piazzola’s “Maria Bueno Aires: Yo Soy Maria.” A quality that Assad shared with Polanco-Safadit was the passion they both conveyed at the Steinway. As far as her voice, which she literally employed as a finely tuned instrument, Assad produced sound effects that were exotic, mystical, and even ethereal.  Concluding the evening’s concert, the CSO performed “Tico-Tico” – a title derived from the Brazilian name for a popular small bird, like a sparrow, that is abundant throughout South America and the Caribbean.

Given that I am of Mexican origin, Latino (a term I prefer over Hispanic) music naturally appeals to me. So, of course, the innovative Hymes’ newest presentation was magnifico and a fitting tribute to the music of Latin America and its profound contribution to world culture.

For tickets and information about the Carmel Symphony Orchestra’s 2022-2023 season visit carmelsymphony.org.