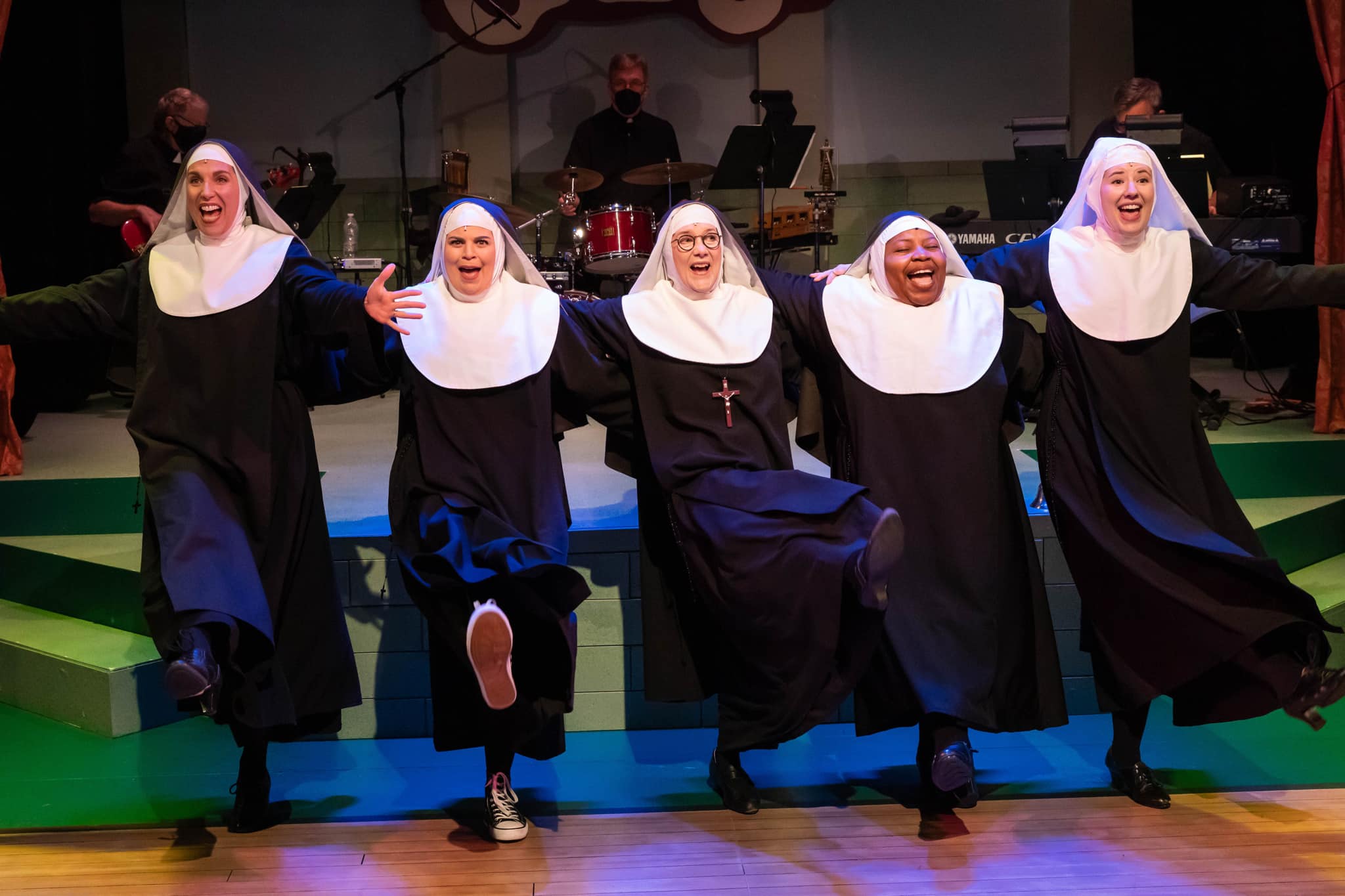 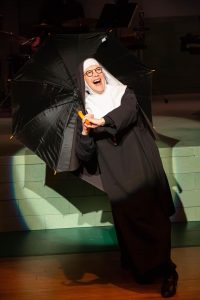 As I have stated previously in this column, an occupational hazard of reviewing is the inevitably that I have seen the same play or musical numerous times. That is the case with “Nunsense,” productions of which, both professional and amateur, I have seen at least five times. However, the musical, with book, music, and lyrics by Dan Goggin, has yet to become tiresome, and the Actors Theatre of Indiana production, which I saw Friday on opening night, was no exception. In fact, this interpretation is one of the best.

My estimation of this ATI version is due to the tight direction of Karen Sheridan and the talent of the stellar cast that included Illeana Kirven, Katelyn Lauria, Stephanie Wahl, Rachel Weinfeld, and finally, the only local, Suzanne Stark, one of my favorite performers.  A strong ensemble, each of the actors possessed strong comedic, vocal, and dance skills and shined individually as well. Their combined energy and interplay, not to mention their showmanship, made them highly entertaining. And with small updated cultural references included, the show’s timelessness was strengthened.

“Nunsense,” which originated from a line of greeting cards, was later developed by Dan Goggin, and the show premiered off-Broadway in 1985, becoming a long running hit.

An affectionate spoof of women who join Catholic religious orders and submit to lifelong vows of poverty, chastity, and obedience, with many eventually becoming schoolteachers, “Nunsense” is universal entertainment. But those taught by nuns, especially during the 50s and 60s, as I was in grade school in Fort Wayne by the Sisters of St. Francis (at St. Andrew’s School) in grade school and in high school by the Sisters of Providence (Central Catholic High School), will particularly enjoy it. 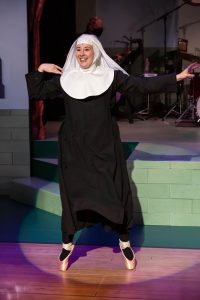 Under the pitch-perfect direction of Karen Sheridan, the superb ensemble, each shining in their own right, turned in a collective performance that was a joy to witness. Highlights included Stark’s character mistakenly ingesting a dose of amyl nitrate, in one of the funniest physical comedy bits I have ever seen on any stage. Stealing the show was Lauria singing, “I Just Want to Be a Star.”  Displaying a formidably unexpected vocal range and power in “So You Want to Be a Nun” and “I Could’ve Gone to Nashville,” was Wahl. Finally, bringing down the house was Kirven, with her gospel-flavored rendition of “Holier Than Thou.”

Contributing to the show’s excellence was the music direction of Jay Schwandt on piano, who was joined by Greg Wolff on drums, and Greg Gegogeine on bass, all of whom dressed as priests. Reflecting her roots as a former Broadway dancer, Ann Beck provided the sprightly and infectious choreography.

Responsible for the top-notch technical quality of the production was P. Bernard Killian, who created the show’s Mount St. Helen’s Auditorium set, Zach Rosing, who was responsible for the impeccable sound design, and the lighting design of Tim Dick, III.

For tickets and information about “Nunsense,” which continues its run through September 25, visit atistage.org